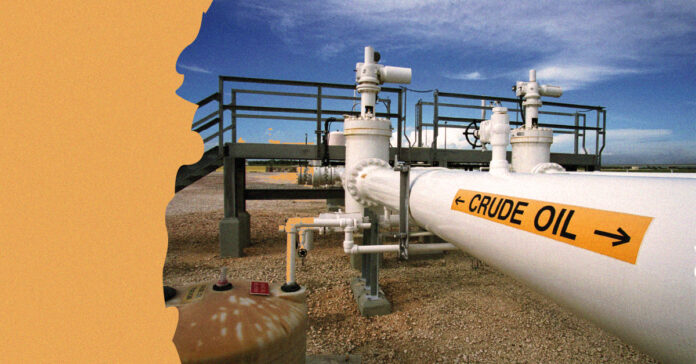 HOUSTON, April 29 (Reuters) – U.S. crude exports to Europe climbed in March and April as buyers across the Atlantic snapped up the country’s light sweet grades to offset the expected loss of Russian oil, according to shipping data, traders and analysts.

As the European Union weighs an oil embargo on Russia over its invasion of Ukraine, U.S. exporters are ramping up shipments of U.S. light crude to Europe, helped by Washington’s decision to release 180 million barrels of oil from the U.S. Strategic Petroleum Reserve, which is flooding the domestic market.

U.S. crude exports bound for Europe are close to 1.5 million barrels per day (bpd) so far in April, the highest in two years and one of the strongest months on record, said Matt Smith, lead oil analyst for the Americas at data provider Kpler. Most cargoes are carrying light sweet grades, he added, headed to European destinations including Spain, the United Kingdom, Denmark and Italy.

As flows have increased to Europe, flows bound for Asia, Latin America and Canada have dipped this month, Smith said.

With oil at more than $100 per barrel, production is rising in the Permian basin, the top U.S. shale field. Output is projected to hit a record 5.1 million bpd next month, according to the Energy Information Administration. U.S. Gulf Coast refiners prefer to run heavy sour grades, leaving most lighter crudes available for exports, traders said.

Russia is Europe’s largest oil supplier, providing just over a quarter of the continent’s imports in 2020, according to the bloc’s statistics office Eurostat.

At least 65% of U.S. crude shipped to Europe in March was identified as WTI Midland in U.S. Customs data on Refinitiv Eikon, a 63% increase from the same month last year. The cargoes, most of which are priced from the Magellan East Houston terminal, carried about 22 million barrels overall.

“Europeans are looking for alternative supplies and the U.S. is a useful market for bringing those light sweet grades to Western and Eastern European countries,” a trading source familiar with the European markets said.

British refineries, which plan to phase out Russian oil imports by the end of the year, last month bought the largest volume of U.S. crude in two-and-a-half years, Eikon data showed.

Most cargoes were U.S. light sweet oil, with at least a quarter delivering Midland crude, according to the U.S. Customs data.

Spain is set to import a record 7 million barrels of U.S. crude in April, according to cargo tracking data, after a peak in March of nearly 6 million barrels discharged for refiners including Repsol REP.MC, Cepsa CPF.GQ and BP BP.L.

BP did not reply to a request for comment. Cepsa and Repsol declined to comment on individual cargoes or trade flows.

(Reporting by Arathy Somasekhar in Houston and Stephanie Kelly in New York; Editing by Chris Reese)