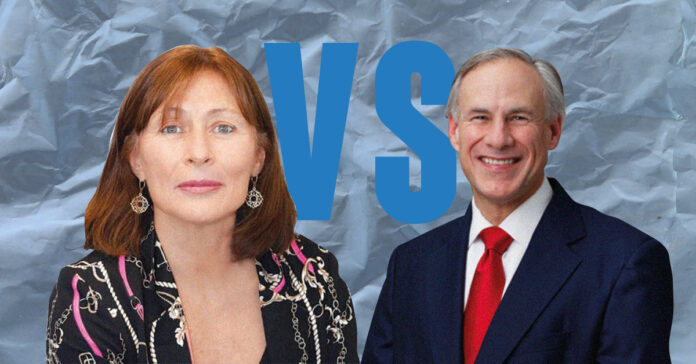 The episode sparked a testy response from Mexican President Andres Manuel Lopez Obrador, who described Texas’ behavior as “despicable,” and his foreign minister, Marcelo Ebrard, this weekend weighed in with his own criticism. Read full story

“Let me put this in quotation marks, it’s an extortion scheme, or rather it is extortion; I close the border and you have to sign whatever I say. That’s not a deal, a deal is when you and I are in agreement on something,” Ebrard was quoted as saying by news network Milenio during a visit to Nuevo Leon.

Abbott’s office did not immediately respond to requests for comment outside of normal business hours.

Ebrard did not take issue with the Mexican governors, saying that they had been presented with no alternative.

“But we’re not prepared to have a governor extorting Mexico. I will never allow that,” he said.

A spokesperson for the Mexican foreign ministry said Ebrard had been interviewed by Milenio.

Abbott, who is running for re-election as governor, said Texas had reached accords with the Mexican states to beef up security at the border in order to curb illegal immigration.

Mexican media reported later on Sunday that Ebrard declared himself a candidate for the presidency in 2024 during a state election campaign event in the central region of Hidalgo.

A foreign ministry official confirmed the reports, saying Ebrard had previously made it clear he intended to run.

Record numbers of people have this year been caught trying to cross the Mexican border into the United States. Read full story