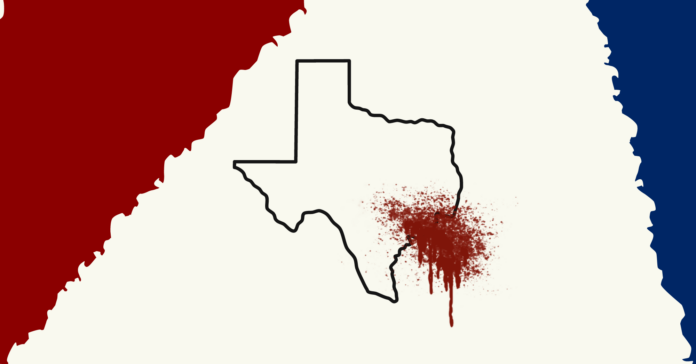 At the Texas Republican Party convention, a resolution was passed to promote a referendum on possible secession. Right-wing pushes for secession are nothing new in the state, but despite how often it comes up in conversation, there are some incredibly dangerous misconceptions about what that would look like. Texas conservatives frame it as getting out from under the tyranny of the federal government, while Yankees often liken it to ditching an abusive boyfriend or embarrassing relative. Neither of these viewpoints cover the violent nightmare an actual secession would create.

First, secession is illegal. The Texas Constitution does not have an escape clause, contrary to popular belief. If the state actually did attempt to leave the union, the United States would almost certainly try to take it back by force.

“Texit” is not like Brexit. The European Union has an exit clause; the United States Constitution has none. This was true during the Civil War, and it is true now. Texans cannot simply vote themselves away from the United States.

An independent Texas would put an entirely new and possibly hostile nation on the southern border. It would cost the United States its largest port on the Gulf Coast, much of its aerospace infrastructure, nearly a third of its oil production and refining, important military bases, roughly 20 percent of its meat, and a host of other things that the federal government will not give up without a fight.

That’s not even counting the fact that the United States is not just going to let millions of citizens be held hostage by a far-right Texas government. More people voted for President Joe Biden in Texas than voted in forty other states. A secession might pass with a slim majority of Texans, but no American president could be under the illusion that liberals and leftists would fare very well under a newly-empowered far-right regime. Even if naked resource preservation didn’t motivate forcing Texas to remain, likely human rights violations would.

Nor would Texas do well as a separate country. Funding and maintaining the southern border with Mexico would fall entirely on the shoulders of the state budget, plus they would have to add new border control to the west, north, and east. Massive tax increases would be required to construct fencing and funding agents. The United States certainly isn’t going to do it.

Money would quickly become a problem in an independent Texas. Like most red states, it takes more federal money in than it sends out. Subsidies for agriculture and energy are an important part of keeping Texas financially soluble. The state would also cost roughly 9 million people on Medicare and Medicaid their health insurance. Texas would either have to build its own socialized health care system from the ground up or leave millions without access to care.

Finally, the United States cannot afford to let states think they can just walk away. The secession movement in California is even larger and more organized than in Texas, but unlike the Lone Star State, there is a much bigger problem. California produces 11 percent of the nation’s food, and that production mostly occurs in heavily conservative areas that are a hotbed of secessionist activity. It wouldn’t take much to hold the country hostage by seizing the water supply there to bring America to its knees.

If Texas pulls off a right-wing-controlled exit, why not the red parts of California? Why not Utah or New Hampshire and its huge libertarian population? The whole continent could collapse into independent and hostile fiefdoms that run on grievance and hatred of left-wing politics.

No president is ever going to let that happen. If Texas tries to secede, the United States government would squash us like ants until we saw reason. Many people will die. Thousands will see their lives torn apart as the necessary infrastructure is fought over. Cities will become besieged. Secession is not a joke. It’s an apocalypse.