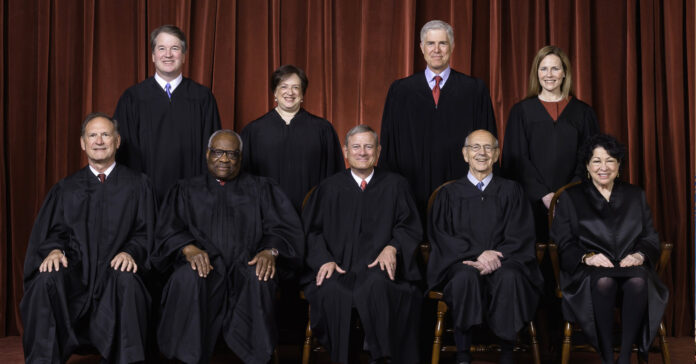 Former President Donald Trump nominated Barrett on Sept. 26, 2020, a little over week after the death of liberal Justice Ruth Bader Ginsburg. The Senate, then led by Republicans, confirmed Barrett on Oct. 26, 2020, a week before the presidential election that Trump lost to Biden. Barrett’s appointment boosted the court’s conservative majority to 6-3.

The Senate is now split evenly between 50 Democrats, including the two independents who align with them, and 50 Republicans. Under this makeup, Democratic Vice President Kamala Harris can cast the tie-breaking vote on legislation and nominations.

As a result, Democrats would want to move as quickly as possible on whomever Biden picks to replace Breyer because if any one of the 50 members of their caucus suddenly becomes unable to serve for any reason they could lack the votes to confirm the nominee.

They also face a risk that Republicans will regain control of the Senate in the Nov. 8 midterm elections. If that occurs, top Senate Republican Mitch McConnell has indicated he likely would block Biden nominations to the top court.

Senate Majority Leader Chuck Schumer said Biden’s nominee to replace Breyer will receive a “prompt hearing” and will be considered and confirmed by the chamber with “all deliberate speed.”

The chairman of the Senate Judiciary Committee, which takes the lead in the confirmation process, also vowed quick action.

“With this Supreme Court vacancy, President Biden has the opportunity to nominate someone who will bring diversity, experience and an evenhanded approach to the administration of justice. I look forward to moving the president’s nominee expeditiously through the Committee,” Democratic Senator Dick Durbin said.

(Reporting by Richard Cowan; Editing by Will Dunham and Scott Malone)