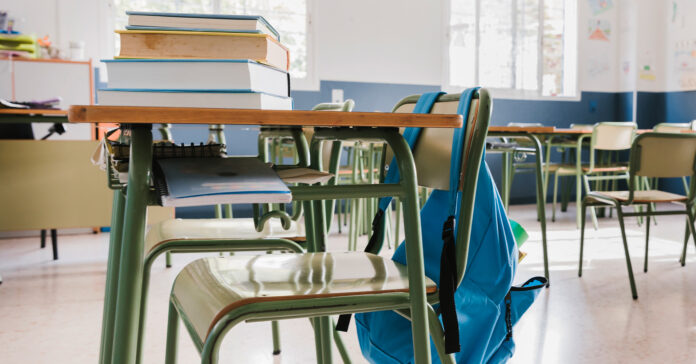 One of the primary battlefields in the current Texas culture war is happening in schools. It’s where many conservatives have abandoned the concept of white flight and instead embraced white fight.

The last year of the Texas Legislature was almost obsessively focused on schools. Laws were passed that banned “critical race theory,” which is not actually taught in K-12 public schools. Instead, the new law has already been used to strip school libraries of texts dedicated to racial equality, the horrors of white supremacy, and LGBT issues. Meanwhile, LGBT kids are being discriminated against and forced to only compete in sports under their birth gender. Governor Greg Abbott has vowed to create a “Parents Bill of Rights” if re-elected, which will almost certainly be a list of conservative ideological protections rather than true child advocacy.

It’s a problem so bad that superintendents in the state are leaving their jobs in a mass exodus. At least ten have quit so far under the intense political pressure. The matter is so grave the Department of Justice has had to formally look into the invasion of conservatives at school board meetings, where spinning wild conspiracy theories and making death threats has become the norm.

In the wake of the Civil Rights Movement, many people of color started to move into formally Whites Only neighborhoods. In response, white people moved out and fled to the suburbs, building all-white enclaves. Some, like Old Braeswood outside of Houston, openly prohibited any non-white person from owning a home in the deed restrictions and kept those provisions on the books up to the present day.

However, this solution didn’t work forever. As the state diversified, non-white people found themselves able to afford those suburban homes, and the law may it clear that they couldn’t be legally stopped. The process was slow but steady.

With the diversification came more progressivism. The majority-white suburbs were key to Republican wins in red states for decades. That ended with former President Donald Trump, who’s naked fascist appeals sparked a profound backlash in the suburbs. Nearly 2 million suburban voters switched from Republican to Democrat in 2020, are were key to President Joe Biden’s victory.

This leaves conservatives with two options when it comes to holding their power. They can flee to the deep red rural communities, but then they are stuck with rotting infrastructure and lack of prosperous jobs that their own policies exacerbate. Leaving for the country would deprive them of many of the benefits of the wealthy suburbs.

Or, they can abandon white flight for white fight. By digging in their heels and attacking one of the most fundamental institutions in public service, it’s clear that they hope to hollow out the school system and make it a bastion of conservative thought. Like Neo-nazis and Gamergaters invading a web forum, they are descending into schools and making the area so toxic that good people cede the territory. Then, they claim the wasteland as their own and make it what they want.

It’s clear that conservatives have decided to make their stand in Texas’ public schools. No more running. The only thing that will keep those schools from turning into bigoted hellholes run by theocratic zealots is robust, constant opposition. The fight is on, whether we like it or not.