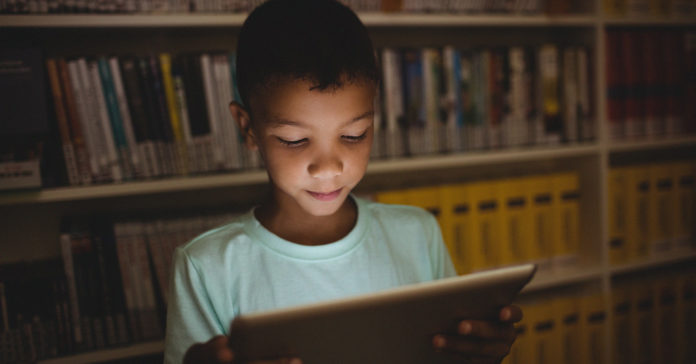 My home office is right next to my daughter’s bedroom, so while I work I can often hear the background noise of her remote-matriculating through the sixth grade through the wall. Most of the time it’s all just walla, but this week I heard a piercing, rhythmic shriek. I got up to check on her and found her staring into the screen at an empty room with flashing lights. I asked her what sort of lesson you called that.

“Oh, the in-person kids are having their lockdown drill,” she said.

The words “lockdown drill” brought back a sense of dread that I had forgotten all about after a year of having her at home. Her school district regularly conducts them because our nation just as regularly sees mass school shootings. In 2018, the third-deadliest attack on a school happened at Santa Fe High School, just forty miles from my house. Twenty-three people were killed or wounded.

Living in the peculiar nightmare of America’s reticence to deal with the gun violence problem has gotten increasingly bizarre. Over the years, I’ve watched draconian systems be built up in schools to account for the fact that stricter gun laws are apparently off the table.

My daughter’s former elementary school is now surrounded on all sides by a nine-foot metal fence so that the playground looks like a prison. The inner halls have become small cells of bullet-resistant glass. At Sandy Hook Elementary, the site of the worst school shooting in our history so far, there is a freaking moat.

The thing that disturbs me the most, though, is the electronics. Our school district has instituted an emergency notification system. That’s not conceptually bad, but its primary purpose is to tell us there might be a shooter nearby and that we are to stay home rather than try to come to the campus and muddle the situation. So, when notifications come through—which has happened at least three time—my wife and I would just sit huddled around our phones waiting for the all-clear.

Luckily, it always came, but is this a way to live? Should we be treating gun violence and mass shootings the same way that we treat natural phenomenon like hurricanes and flash floods? Are mass shootings so ubiquitous that we just build an entire infrastructure around them rather than stopping them?

This week is National Gun Violence Survivor’s Week. It’s a time to reflect on what our obsession with unfettered gun ownership is costing us. In 2019, before we were all under quarantine, Texas sported some of the worst numbers when it comes to the cost of mass shootings. Despite having only 8.77 percent of the country’s population, we made up 12.13 percent of all mass shooting victims.

Consequently, Texas is also one of the easiest places to buy a gun. Governor Greg Abbott seemed like he might be open to some restrictions after the horrific year we had in 2019, but that appears to be over. In his most recent State of the State address, he didn’t mention the shooting in El Paso or at Santa Fe High School at all. Instead, he reconfirmed how important making Texas a “second amendment sanctuary state” was.

It’s my hope that my daughter will be able to safely return to school this fall, that the pandemic will be under control enough for her to experience school again as a normal developmental milestone. However, she will be trading one possible threat for another. This one, unlike COVID-19, is entirely man-made. Schools will continue to craft what protection they can. More bars, more walls, more surveillance, more restrictions on what our kids can carry or wear. It’s all they can do.

Seeing my daughter watch that lockdown drill on a remote screen even in the middle of a pandemic is proof that the gun violence problem has now metastasized. Schools and families are just going to have to weather the gale because its clear the state does not feel it is responsible for turning off the wind machine.