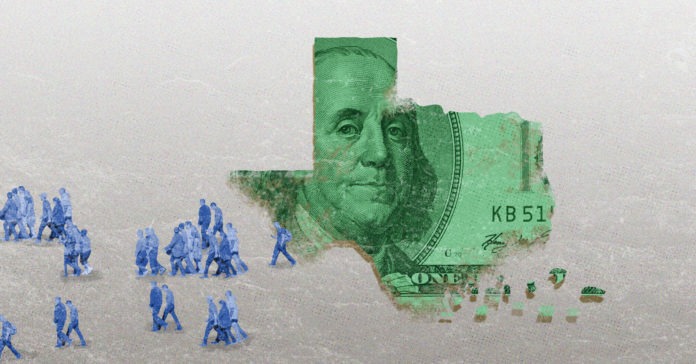 Accurate census counts are far more than just a matter of interest. They are vital to ensuring adequate federal funding for various programs, appropriate representation in Congress, and an understanding of demographic trends to plan for the future.

Over 300 federal programs rely on census data to allocate funds geographically, as do numerous state and local initiatives. For example, many resources and dollars for hospitals and health clinics are distributed according to census data. Important aspects of the social safety net, such as Medicaid, Children’s Health Insurance Program, Supplemental Nutrition Assistance Program, and housing vouchers, also depend on census estimates — programs that will only become more vital as the economy continues to experience disruptions from the pandemic.

The economic and fiscal costs of a significant undercount would be substantial. We recently estimated that the direct losses of federal funding in Texas could total nearly $21.3 billion over the 2021-2030 period, or $2.1 billion per year on an average annual basis. Primary categories of funding reductions are in sectors critical to the ongoing well-being of the population and economy such as health care, housing, education, and infrastructure.

Direct losses lead to negative ripple effects through the economy, multiplying the overall economic harms of an undercount. Over the decade, total losses include $39.2 billion in gross product and nearly 418,500 job-years of employment. Even beyond these negative economic impacts, reductions in funding involve substantial “downstream” effects such as reduced wellness, less infrastructure improvement, greater food insecurity, and more limited job training. The decrease in economic activity associated with funding losses would also generate a notable decrease in tax receipts to the state and local government entities including cities, counties, schools, and special districts (even beyond the loss of direct funding). It should be noted that these measures were based on the “expected” undercount in Texas under normal circumstances. We appear to be heading for a much, much more dire outcome.

In a year of myriad challenges, the importance of completing census forms can easily be lost amidst seemingly more pressing concerns. Collecting census data is difficult at best, and the additional complications from the pandemic are very real. Vulnerable populations (including young children in low-income families, those experiencing housing insecurity, and immigrants) are particularly difficult to count. The recent executive order blocking the inclusion of undocumented immigrants for legislative apportionment, while unlikely to be upheld, can further depress participation. The decision to shorten the time for responses can only make things worse.

An accurate census count is vital to assuring that communities receive the representation and funding they require. The effects of this year’s count will persist throughout the decade, and the consequences of a significant undercount are profound. Fill out the census – and stay safe!!

Dr. M. Ray Perryman is president and chief executive officer of The Perryman Group, an economic and financial analysis firm.