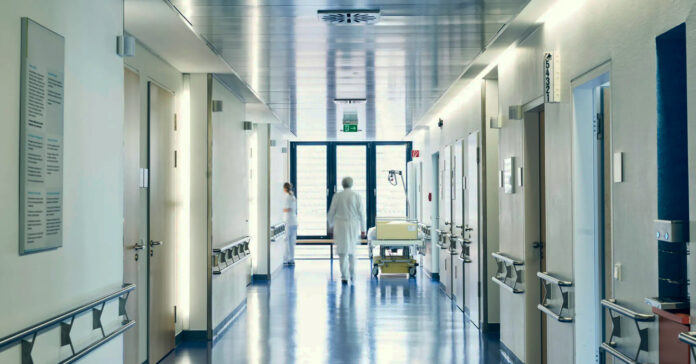 In what is an escalating game of chicken, the federal government has decided to end Texas’ 1115 Waiver in the Medicaid program.

When the Affordable Care Act was passed in 2010, one of the main goals of the program was to have states vastly expand their Medicaid eligibility. This was of particular interest in Texas, where incredibly stingy requirements mean that more than two million low-income residents are still not able to get coverage through the program.

My brother is one of these. He has been unable to work for around fifteen years because of a variety of untreated mental illnesses that perpetually put him in a Catch-22. This past year, I crowdfunded extensive psychological testing for him that declared him disabled. This was enough to enroll him in the food stamps program thanks to a slightly more generous environment brought on by COVID, but he was recently denied Medicaid coverage necessary to start various treatments he has long gone without.

In general, only adults with children are eligible for Medicaid in Texas. That would have changed if Texas had accepted the expansion, but vigorous conservative backlash against perceived socialism has scuttled it for years. However, the state has tried hard to both have its free-market exceptionalism and the aid of the federal government too.

That’s where the 1115 Waiver comes in. The program is responsible for funneling billions of dollars to Texas hospitals to cover the expenses of uninsured people. It also pays for programs aimed at mental health, a chronically underfunded part of the private insurance world despite provisions in the ACA that tried to address this issue. Texas has been under an 1115 Waiver for years, recently applying for an extension. That extension has now been denied by the Biden Administration.

According to the Texas Tribune, the reason given by people in the federal government is that the move is meant to push Texas toward accepting the full Medicaid expansion. The move to expand Medicaid has become a bipartisan issue in the last two sessions of the Texas legislature, with legislation getting further than ever before. However, Texas Republican leadership continues to be almost uniformly against it.

The game being played is extremely dangerous. On one hand, it’s hypocritical and unconscionable for Texas Republican leadership to deny the Medicaid expansion to residents out of a misplaced ideological tantrum while also demanding that the federal government fund band-aid measures to keep the state’s low-income health system going. On the other, the federal government is likely to do severe damage to that same system if the state does not blink.

The COVID pandemic continues to rage on, and Texas hospitals remain underfunded and often on the brink of collapse. While no money has been pulled from their coffers yet, if the extension is not granted or Medicaid is not expanded next year, the teetering healthcare system in the state could very well collapse.

Daring the state to let its low-income residents like my brother go without care is a very dicey gamble. Time and again, Republican leadership has placed the assertion of conservative bonafides higher on the priority list than the health and safety of their residents. With billions on the line, we’ll see soon if that has changed at all.