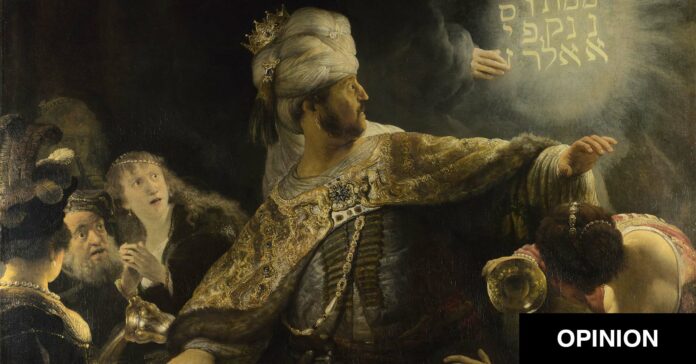 It was Oscar Wilde, in 1889, who opined that “Life imitates art, far more than art imitates life.” I tend to believe it’s both. It’s an interconnected, interdisciplinary classroom, and if you don’t have knowledge of either, you will be lost.

Take for instance, Rembrandt’s painting, Belshazaar’s Feast. This renowned painting from 1636 was inspired by an Old Testament story involving the prophet, Daniel and King Belshazzar, the ruler of Babylon. The king was holding the Jews in captivity, and to add insult to injury, he held a great feast using the same vessels that were looted in the destruction of the First Temple. A mysterious hand suddenly appeared during the feast and penned a message in Aramaic upon the wall of the king’s palace; “mene, mene, tekel, upharsin,”  which the prophet Daniel interpreted as a prediction that Belshazzar’s days were numbered because he had blasphemed God. Belshazzar died that night, and his kingdom was given to Darius the Mede and the Persians. It was from this story, and Rembrandt’s painting, that the idiom “the writing on the wall” came to mean anything portending inevitable doom or failure. 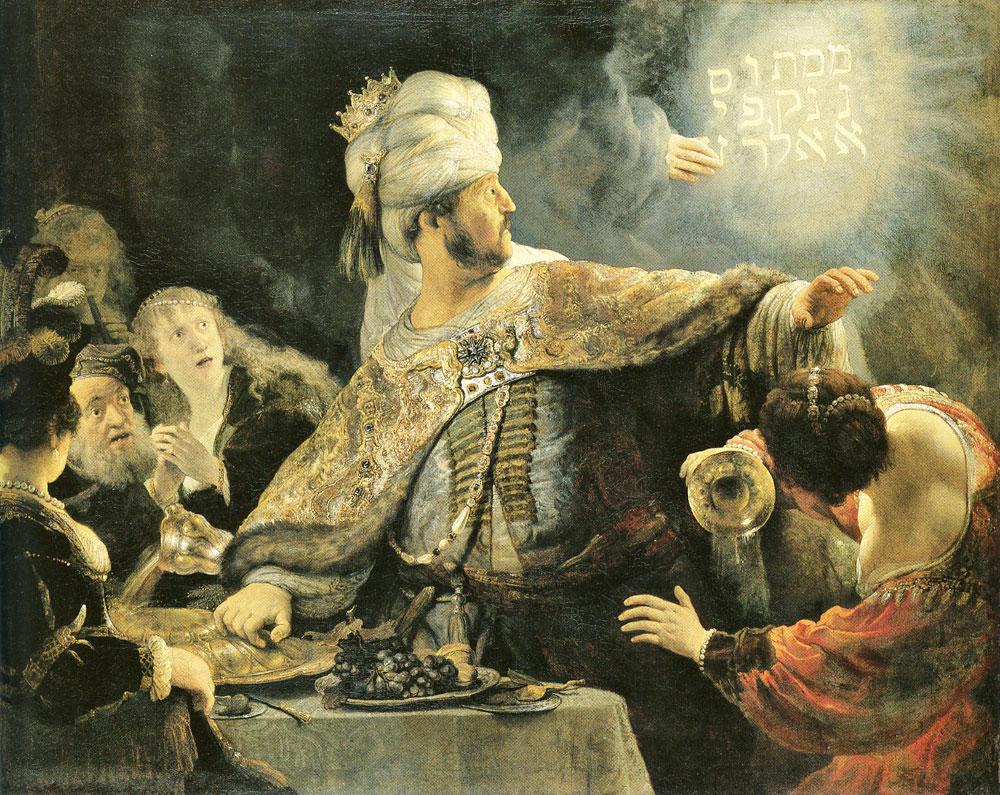 What does this have to do with the state of our politics in Texas? A lot.

Fast forward to now, the proverbial handwriting is on the wall for Governor Abbott to read. Plainly, succinctly, and to the point. Learn from your political mistakes, or be dethroned.

Texans don’t take kindly to having a governor’s policies needlessly kill over 68,000 of our friends, family and those with whom we do business. Texans don’t like a governor who, with an iron fist and angry demeanor, controls local government policies geared to meet the needs of that community. Greg Abbott has moved from telling school districts what they can and can’t do to telling Texas businesses about how they can operate their businesses, who they can and can’t hire and the work requirements for all of them.

Lately, he seems to micromanage everything with the cooperation of Lt. Gov. Dan Patrick, Attorney General Ken Paxton, and those extreme members of our Texas statehouse. The skewed redistricting map controls who can be elected to office, and those they can successfully boot out (i.e. Seliger, Al Green, Lee and Frullo) and those who will be retained (i.e. Burrows and Crenshaw).  Businesses and schools are incensed, as well as a lot of other Texans trying to keep their daily doings safe and respectful. Abbott has managed to marginalize the existence of other groups living in Texas; women, LBGTQ , transgender, educators, DACA, and feverishly-wandering, pitiful undocumented immigrants trying simply to escape their living hell in other countries.

It’s not just the Governor either; it’s the entire Texas GOP. After Biden’s inauguration, our Texas GOP representatives and senators seemed to have been resurrected as the modern day army of Torquemada, and their battle cry was “Punish, punish and punish some more”, “We will bury you”, and “The beatings will continue as until morale improves”.

The handwriting’s on the wall, kids. To use your own words, Greg: “It’s voluntary and never forced”. You have to remember though, even voluntary behavior has consequences.

5 Beaches In Texas You Have To Visit This Summer