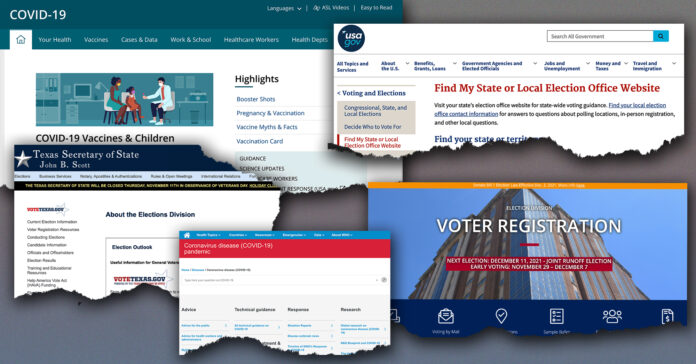 “Trust, but verify” seems like a contradiction in terms, and especially when readers consider the source of that truism.

I’ve been dismayed by the spin and half-truths of media over the last week and the elections on November 2; even media that is considered trustworthy. We’ve come to expect it from Fox, OAN, and other conservative journos, but never from left-leaning mainstream media. I have to question why?

Yet, the media are labeling one a landslide and the other a “narrow victory”.

And with this information, they’re ramping up the rumor that the Democrats are in trouble in 2022. They’re being disingenuous.

Georgia Democrats FLIPPED 41 seats in 21 counties across Georgia on November 2. Has anyone heard the media mention this?

We won more than we lost but you wouldn’t know it by listening to the media or the GOP.

I’ve noticed that ALL media are ramping up fear and criticisms about Democrats in their op-eds and spinning their straight reporting. I’m sick of it and voters need to stop being led around by the neck with this sort of constant negativity.

Job numbers are in a record upswing.

Unemployment is down to pre-pandemic levels.

5.3 million jobs have been added.

Child poverty has been cut in half.

Wages are going up.

Kids’ COVID vaccine is rolling out.

COVID numbers are down. (Unfortunately, Texas leads the nation in numbers; it’s that Republican leadership again).

Infrastructure week is finally happening, after four years of Trump merely talking about it. Trump gave $2 trillion to the rich and tweeted a lot. Those are his accomplishments.

And look at the GOP: All of them are actively rooting for chaos. They hope for the worst. They don’t care if people get sick or die, as long as they can hang disaster on their Democratic opponent. The party of NO is much worse today. None of their fear-producing predictions about Biden have come to fruition.

And talk about hypocrisy…no Congress member from Texas voted in favor of the infrastructure deal, but I bet a dime to a dollar, those nay voters will be out in force for the ribbon cutting and their photo-op. Texas will benefit massively from the infrastructure bill and the Texas GOP is seething. Right now, they are eliciting wedge issues like religion and CRT, and shamefully, voters believe them.

I refuse to believe the media’s scare headlines about how the Democrats are going to lose both parts of Congress next year. For one thing, a lot will happen in the coming year that will be good for all Americans.

We ALL must keep reminding ourselves that media’s biases are much bigger than conservative or liberal. They are about getting huge ratings, making money, and reporting stories that are easy to cover. And most importantly, to be the first to announce a story on breaking news. And that’s another problem with contemporary mainstream media; we have prioritized speed over accuracy and substance. This is a big problem in all of our institutions, businesses, and frankly, everyday life itself.

I want to remember Democrats’ big accomplishments and I want everyone else to know it as well. All I can say is “Thank you, Brandon”!