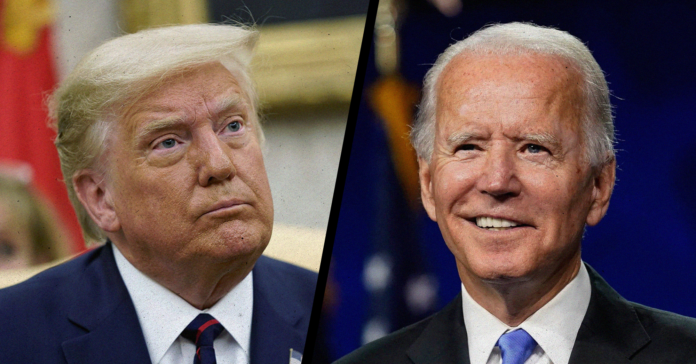 In a year that has been full of surprises, this might be one of the biggest: Texas is a battleground state in the 2020 presidential race. Recent polls show former Vice President Joe Biden and President Donald Trump neck-and-neck in the Lone Star State, including a University of Texas at Tyler poll with Biden ahead by 5 points.

My fellow disaffected Republicans, let this be a sign that you are not alone in your doubts about Trump. And if there are any Texas Republicans out there who still feel like you need an excuse or permission to vote for Biden this fall, allow me to ease your way.

I’m no Democrat. I’m a gun totin’ Texas property owner who called himself a Republican until 2016, when that title lost all meaning. Back in my school days, I was even co-president of the Young Republicans Club and supported George W. Bush’s election both times. I’m a graduate of West Point and formerly an officer in the U.S. Army. I led soldiers from the First Infantry Division into combat against the Taliban throughout 2011. To do all of that, I first swore an oath to protect this country against all enemies — foreign and domestic.

Well, we have met the enemy, and he is a bigoted, failed businessman whose primary use of the American presidency has been to dodge accountability for his own misdeeds, to distract from ongoing Russian attacks on both our election systems and our soldiers, and of course, to line his pockets with money squeezed from the blood and sweat and suffering of Americans nationwide.

He has even sent federal agents, dressed like my soldiers were in Afghanistan, to a city near you with the prime goal of beating, assaulting and abducting women, veterans, and others exercising their First Amendment rights as part of a program of unconstitutional “proactive arrests.” (Never has a more Stalinist term been uttered in this decade.)

Trump is an existential threat to the United States. That is not hyperbole. Many Republican friends will say that they, too, understand that fact, and find his behavior abhorrent. Yet, when it comes to considering Joe Biden, the struggle remains very real.

Their solution instead is to pick a third party, write-in Captain America or simply not cast a ballot at all.

This would be an evasion of civic responsibility. The right to vote is sacred and hard-earned, and to waste it on what amounts to abstention is an insult to those who have given their lives to protect that privilege.

The only powers we citizens have against such a reckless and cruel administration as Trump’s are the voice and the vote. While one voice and one vote may seem too minimal to have any impact against a government so powerful, if we all join in chorus, a nationwide roar, we can reclaim our America from under the boot of an abusive, corrupt and shameful administration.

Staying home this fall or voting for a write-in under these conditions would be a gutless act. The two-century experiment in self-government that’s given us all so much is in need of just one thing to keep from withering: A sensible vote from responsible citizens.

In the face of a national leader so toxic to the Republic and her people as Trump, the policy goals of his opponent become irrelevant next to the preservation of the Union. What we need right now more than anything is stable, honest leadership and serious accountability for those who’ve wronged this nation and her people. We need a President Joe Biden.

As for the Republican Party, perhaps someday in the distant future, they will have reformed themselves into something respectable that I could support once again. After all, the shame of Watergate and President Richard Nixon’s resignation was separated from Ronald Reagan’s monumental landslide by just six short years. But until the last remnants of Trump’s caustic influence have been wiped from this country, the only conscionable recourse for us last true Republicans is to cross the aisle until the party changes course.

I will be voting for Biden this fall — and for M.J. Hegar for Senate and, with some reluctance, Sheila Jackson Lee for the U.S. House of Representatives — because, at this dark hour, it is the right and responsible thing to do. It is what all patriotic Americans — Democrats, Republicans and Independents — must do to preserve our country.

I’m willing to announce it, openly and proudly, because while it may not align with my policy goals, it aligns perfectly with my oath to protect this nation from danger. I understand that others cannot take that position publicly. But when you fill out your ballot, whether you do it at home or in a voting booth, remember: I’m on your side, and always have been.

We’ll be secret allies for now, and later, when our country has healed, we will take pride together, knowing that we did our part to save it.

Treadway is a West Point graduate, combat veteran and Houstonian.

This op-ed was originally written for and published by the Houston Chronicle. It is republished here with the permission of the author.