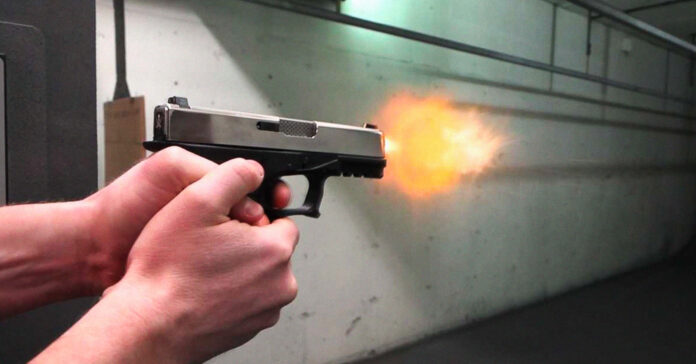 A criminal armed with a modified Glock handgun injured three Houston Police Department Officers on Jan. 28 after crashing his vehicle during a chase. The weapon contained a “Glock switch,” a small device inserted into the rear of the firearm, allowing it to fire automatically.

Handguns, while easily concealable, are hard to use and require extensive training to be operated effectively. Increasing the rate of fire exacerbates these issues, making automatic pistols incredibly unpopular among military and law enforcement.

“When you put a Glock switch on it, you pull the trigger one time, it will fire every single round in magazine,” said Michael Cargill, a U.S. Army veteran, and owner of Central Texas Gun Works. “With the recoil and all that pressure, the gun is going to want to move up or down. It’s hard for a person to maintain control of the firearm.”

However, the lack of control does not dissuade criminals from using such weapons. Because the potential for collateral damage does not concern them, they may choose volume of fire over traditional accuracy.

These switches are popping up all over the country. Last year authorities seized 1,500 of these weapons, 150 of them from Houston.  A year before, ATF agents only made around 300 of these seizures nationwide.

“We want to ensure those with violent felony records and violate the federal law, that have unlawfully modified Glock switches, or fully automatic switches are taken off to the streets,” said Jennifer Lowery, Acting U.S. Attorney for the Southern District of Texas. “If they’re going to use these conversion switches, we’re going to prosecute them.”

The Houston Chronicle believes smugglers are bringing the switches into the country from China, through Mexico.