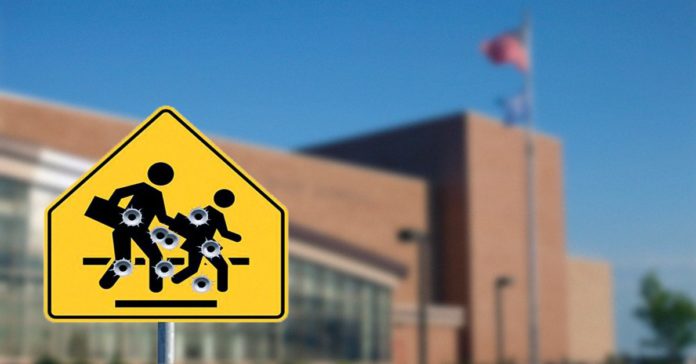 How prepared are Texas schools for shootings or natural disasters? A survey being sent to more than 500,000 educators this month may help officials find out.

The survey results will inform policymakers of ways in which Texas can support educators’ needs regarding safety, mental health, and violence in schools, according to the governor’s office.

Sam Houston State University and the Texas School Safety Center at Texas State University are administering the School Safety and Victims’ Services Research Survey, Texas’ largest-ever school safety assessment. The survey is designed to take about 20 minutes to complete and is funded by a grant from the Governor’s Public Safety Office.

The lives of 10 people — eight students and two teachers — were taken during the Santa Fe High School shooting in 2018. Thirteen were wounded. Although Sante Fe High School didn’t get the media attention that other mass shootings in the United States received, according to The Atlantic, Texans haven’t forgotten.

Implementing the survey is part of the School and Firearm Safety Action Plan that Abbott released after the Santa Fe shooting.

“The survey has a multidisciplinary approach,” said Matthew B. Fuller, Ph. D., on the phone to Reform Austin.

“Working across multiple disciplines and departments made sense because it is a multi-faceted problem the state is facing,” said Ingram, associate professor of criminal justice.

“The multi-disciplinary approach we are taking got a major boost thanks to Ingram’s expertise. Our staff in the C.AR.E.S. center made all of this happen,” Fuller said. “The Texas School Safety Center has been a tremendous ally.”

Last summer, Fuller was shopping for school supplies at a Walmart when his son picked out a bulletproof backpack. Fuller would like to return some of the innocence of childhood to schools.

“Hope is a big part of this survey.  A lot of what I hear is ‘I would love to make changes but nothing is going to change.’ That’s a lack of hope. I knew I wanted to focus on an element of hope in an education environment,” Fuller said on the phone.

“Schools should be safe environments for students to gain knowledge that will help propel the future,” said Stacie Szaal, project manager for C.A.R.E.S. at Sam Houston State University, in an email to Reform Austin. “Our research will help us pinpoint some of the issues that prevent students from having a safe learning environment.”

“Of course there will be some schools that are less prepared for a crisis event or natural disaster, but our focus isn’t to only look at what they are doing wrong. We want to know what schools are doing right so we can build off of that and share that information with schools that need some additional guidance in those areas.”

Clay Robison, spokesman for the Texas State Teachers Association, is interested in the survey’s results.

“We hope the teachers’ responses will result in some meaningful steps to increase the safety of students and school employees,” he wrote to Reform Austin in an email.

“We don’t know if the governor’s survey will address the issue of arming teachers, but TSTA members tell us they don’t want more guns in their schools, unless they are in the possession of professionally trained law-enforcement officers.”

“From here, we will routinely share info about the research we do and how we can all help make schools and universities safer,” Fuller said.

Dallas Rates As Most Dangerous City for Drivers in Texas

Are Schools Prepared for Crises? Texas Teachers Can Speak up in...

Mass shootings in 2019: Where Did Texas Land in the Statistics?

Texas number one for human trafficking

DPS Will Not Test Hemp in Misdemeanor Possession Cases