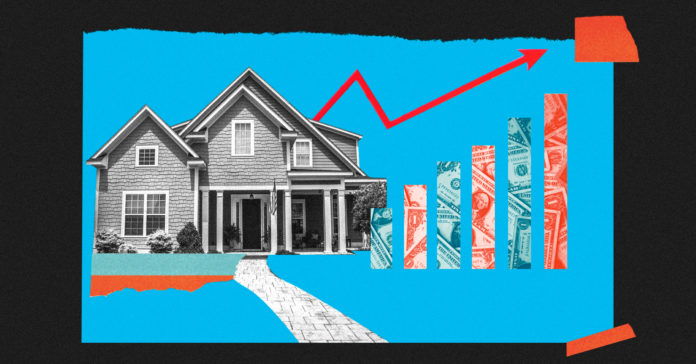 Texas already has one of the highest property tax rates in the country, but some North Texas residents found thousands of dollars in additional taxes they hadn’t expected.

New homeowners in Denton say that a builder in their neighborhood withheld the fact that Public Improvement District (PID) taxes would be passed along to them, totaling over $30,000 owed in many cases.

The story broke after Diane and Gary Owen opened their tax bill and were shocked. They proceeded to knock on doors and ask their neighbors if they had heard of the PID cost that would be theirs to bear after purchasing their homes. Most of them said no.

PIDs are created under the authority of Chapter 372 of the Texas Local Code. The law “allows a city or county to charge a tax against properties within the designated area, or district, to pay for improvements,” according to the Collin County Association of Realtors. Though PIDs can be used for infrastructure similar to what Municipal Utility Districts do, more often they fund things like sidewalks, landscaping and park areas. Some communities use homeowner association dues for that purpose, but PIDs have the advantage of being tax deductible.

The taxes are assessed until the bond for them is paid off.

The builder of the neighborhood, D.R. Horton, disclosed that PID taxes would be assessed against the new homeowners at the closings, but attorney Rachel Khirallah told CBS-11 that such a disclosure should have come much sooner. In addition, she said, the disclosure does not contain any information about the cost, which one homeowner said is $75,000.

Khirallah also said the disclosure is buried deep within signing documents and easy to miss. This has led to accusations that D.R. Horton willfully hid the information in order to sell houses to people unaware of the total costs.

At least one homeowner, former Corinth City Council member Randy Gibbons, said he was aware that he was moving into a community with PID. However, he too said that the builder was not forthright in informing him about the project cost it would add to his property taxes.

“I was shocked because I knew I provided that information for them previously,” he told CBS-11. “This practice has got to stop. Buyers need to be aware that this is happening.”

Four legal complaints about the disclosures have gone to arbitration, and three of the rulings have been against homeowners. More than forty more cases are expected to reach arbitration.

PIDs have gained popularity in Texas because they are a way to make improvements to areas with no risk or exposure to municipalities. They have been part of the Texas code since 1987 but became more prevalent since 2011, when banks became more hesitant to loan money for infrastructure projects. In addition to being very secure, they enable lenders to pass on costs to homebuyers.

PIDs have become a popular type of special district in Austin. The city formed alliances with property owners to finance improvements to the downtown area. Some of the things the PIDs are funding in the state capitol are pedestrian malls, acquisition and installation of art, mass transportation facilities, landscaping, fountains, lighting, libraries, and off-street parking facilities. Clearly, they have the ability to improve areas, though in Austin’s case, the moves are done with openness.

In Denton, the chief complaint remains disclosure, and further legal proceedings will decide whether homebuyers were treated fairly.