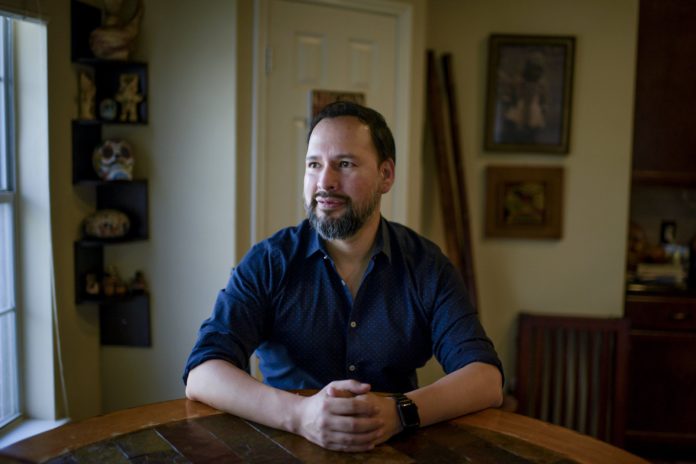 For Christian Gutierrez, preparing for a coronavirus outbreak is as much a financial consideration as it is a health one.

At what point should the Houston-area Latin dance instructor cancel his classes and forego his bread-and-butter income? If he feels sick with flu-like symptoms, should he take the over-the-counter cough medicine he’s stocked up on, or should he pay out of pocket to see a doctor about COVID-19 testing?

Gutierrez, 40, is one of roughly 5 million Texans who don’t have health insurance. Texas has the highest share of uninsured residents of any state, with nearly 18% of people lacking health coverage, according to the U.S. Census Bureau.

Public health experts say the state’s uniquely large uninsured population is complicating efforts to contain the disease because financial constraints could prevent millions of people from seeing doctors to get tested or treated — or could make it difficult for them to stay home from work even if they feel ill.

With the number of known cases of coronavirus infection in the U.S. surpassing 500 this weekend, a growing chorus of experts is warning about the vulnerability of millions of Americans who lack health care and are unable to take paid sick time off of work. Texas, where Republican leaders have for years opposed expanding state-funded health insurance coverage to the poor, is home to a disproportionate share of them.

“One of the greatest challenges ahead is to make sure that the burdens of COVID-19, and our response measures, do not fall unfairly on people in society who are vulnerable because of their economic, social, or health status,” nearly 800 scientists, doctors and lawyers recently wrote in an open letter to the Trump administration.

It is “critical for policymakers to ensure comprehensive and affordable access to testing, including for the uninsured,” the experts wrote. “Control efforts will be less effective if some fail to seek appropriate diagnosis or care due to large out-of-pocket costs or copays.”

That complicates public officials’ and health care workers’ ability to respond to an infectious disease epidemic in several ways. Most immediately, people without health insurance appear less likely to get tested.

“How do people who are uninsured or underinsured afford not only testing, but treatment too?” he wrote. “It will expose the inadequacies and inequalities in our health system.”

Ten public health labs in Texas are operational or soon coming online to test nose and throat swabs for the presence of genetic material from the new strain of the coronavirus, known as SARS-CoV-2. (COVID-19 is the disease caused by the virus.) The U.S. Centers for Disease Control and Prevention has said that anyone can receive a test for the virus as long as a doctor agrees.

A problem for Texas, experts said, is that a significant portion of its massive uninsured population likely does not have a primary care doctor to make that call.

And the state’s testing capacity is limited. Texas officials said last week that the largest public health lab could handle a maximum of 26 tests per day. Federal guidance recommended that doctors “use their judgment” when deciding if a patient merits testing and said they should consider symptoms as well as travel history and the possibility of close contact with people who tested positive for the coronavirus disease.

In San Antonio, where hundreds of cruise ship passengers and other travelers have been sent for quarantine at Lackland Air Force Base, Mayor Ron Nirenberg said this week that his city “needs a heck of a lot more testing, and we’re requesting that ASAP.”

Vice President Mike Pence, picked by President Donald Trump to lead the federal government’s response to the disease, has said it will be “weeks” before testing becomes widely available to the public, as it is in other affected countries such as South Korea.

Insufficient testing — particularly among uninsured Texans — could hamper the government’s understanding of the scope of an outbreak.

“Any social, political, health-related pressure that makes people less likely to talk to people in charge about the fact that they might be infected significantly reduces the effectiveness and efficiency of an outbreak investigation,” said Dennis Perrotta, a former Texas state epidemiologist.

And then there are challenges for public health officials working to contain the spread of the virus, especially when it comes to convincing people to stay home if they’re possibly infected with the virus. State leaders have said there is not yet evidence of person-to-person COVID-19 spread within Texas but that it is likely to happen in the coming weeks.

“Can they afford to lose five days at work, or do they just not tell anybody about it and hope that they’re not sick? That’s an integral part and a bad part of what we face in outbreak investigations,” Perrotta said.

Rodney Rohde, an infectious disease expert at Texas State University, said that the strategy of infectious disease containment can only be effective at the beginning of an outbreak. “If you don’t get it done in the first 30 days or less, you’re just not going to contain it,” he said. “This is not abnormal. This is what [viruses] do.”

Another challenge, according to health care workers, is that people without health insurance are more likely to get medical care in the emergency room. Public health experts expect that, in the event of widespread outbreak, the nation’s emergency hospital care system will be spread extremely thin, as has happened in Wuhan, China.

And if significant numbers of health care workers fall ill, it will tax emergency department resources even further. An early study of Chinese data found that roughly 4% of coronavirus cases occurred in health care workers, with 15% of those infected workers having cases classified as “severe or critical,” including five deaths.

Asked last week what steps uninsured people should take to confront the coronavirus, Texas Department of State Health Services Commissioner John Hellerstedt said they should avoid going to the emergency room for non-urgent care and encouraged them to call a help line to find nearby free or reduced-cost clinics.

“If you’re not clinically ill, there ought to be ways to arrange in advance to get people seen at a variety of resources that exist all over the state,” he said.

Patrik Hornak, a resident in internal medicine at the University of Texas Medical Branch who signed on to the expert letter to the Trump administration, said he’s worried that financial pressures on low-income, uninsured patients may keep them from seeking health care or self-isolating if they become contagious.

“Those are patients that are likely to have a lower-paying job and might have other economic stressors at home, they have kids they need to get food on the table for,” he said. “Imagine somebody who’s working at a drive-through window at a fast food restaurant and they come down with coronavirus, they’re coming in contact with 1,000 people a day.”

Gutierrez considers himself lucky; he has some savings he can dip into if he has to briefly shut down his small business. “But for me it’s of course scary because I don’t want to be in a situation where I’m infected and I have to really deal with it,” he said. “In the worst-case scenario, I’ll have to go to the hospital no matter what the cost is.”

As of Monday, 13 people in the general Texas population had tested positive for the virus. An additional 11 people repatriated from overseas were quarantined at Lackland Air Force Base in San Antonio and tested positive. Texas health officials have urged people so far to take individual preventive measures such as hand-washing, covering coughs and sneezes, and staying home when sick. Government-imposed quarantines and other interventions have been limited so far.

But experts say the number of cases will likely grow exponentially as community transmission becomes a reality in wide swaths of the country.

“As the trajectory of the outbreak continues, many people in the U.S. will, at some point in time, either this year or next, be exposed to this virus, and there’s a good chance many will become sick,” Nancy Messonier, a respiratory disease expert for the U.S. Centers for Disease Control and Prevention, told reporters Monday. “But again, based on what we know about this virus, we do not expect most people to develop serious illness.”

Hornak said he’d like to see the state take a more aggressive approach to make flu vaccines and tests widely available. It’s peak flu season, and both COVID-19 and seasonal flu are respiratory illnesses that present similarly and strain hospital capacity, he said.

“A lot of flu patients end up in the ICU,” he said. “If ICU beds are going to be at a premium, and ventilators and staffing, the more that we can do to keep other preventable diseases at bay I think is a really wise strategy.”

That presents another important consideration for policymakers: Who pays when uninsured patients need emergency coronavirus treatment?

The Wall Street Journal, citing an anonymous official, reported last week that the Trump administration is considering using a national disaster program to pay doctors and hospitals for their care of uninsured patients with COVID-19. The payments would be at 110% of the rate that Medicare pays.

“We are going to look at the uninsured because they have a big problem,” Trump said last week.

Texas hospitals say they’re still waiting on specifics but are bracing for “one of the heaviest lifts of our time,” a trade association spokeswoman said.

“We want to give people the peace of mind that we’re here for all Texans, but this is going to require an incredible amount of resources,” said Carrie Williams, a Texas Hospital Association spokeswoman. “With the uninsured, the tone from the federal government seems to be that these costs will be covered, but it’s unclear exactly how that’s going to work, and we’re encouraging hospitals to closely track their COVID-19 costs.”

U.S. lawmakers passed an $8 billion emergency funding package to help pay for vaccine development, among other priorities, but it did not appear to specifically address hospital payments.

Dana Hendrick of Colorado City in West Texas became uninsured after she retired from her job at a nearby prison. She said she is unable to afford routine medical care and does not know what she would do if she contracted the virus.

“I have a barely livable retirement wage,” she said. “It’s just not nearly enough to pay for decent insurance coverage.”

Her parents, who live nearby, are in their 80s — Hendrick, 58, said her mother “falls a lot” — and they depend on her for regular help. She’s worried about what would happen to them if she needed to self-quarantine.

“I don’t know that we’re handling it as a country as effectively as we should be,” she said.

Disclosure: Texas State University, the University of Texas Medical Branch at Galveston and the Texas Hospital Association have been financial supporters of The Texas Tribune, a nonprofit, nonpartisan news organization that is funded in part by donations from members, foundations and corporate sponsors. Financial supporters play no role in the Tribune’s journalism. Find a complete list of them here.