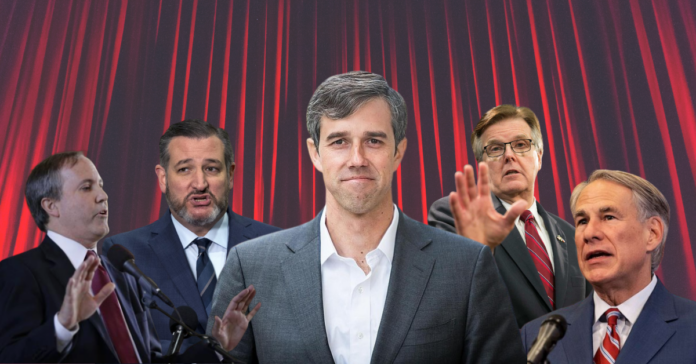 May 25 (Reuters) – Texas Democrat Beto O’Rourke interrupted state officials holding a news conference on Wednesday about the mass shooting that killed 19 children and two teachers at an elementary school, shouting, “You are doing nothing!”

O’Rourke, a former congressman who is running for governor of Texas against Republican Greg Abbott, began yelling after Abbott outlined mental health resources available to those affected by the shooting in Uvalde, Texas, on Tuesday. Read full story

“This is totally predictable,” O’Rourke said, accusing Abbott and other Republican leaders of not doing enough to prevent such shootings.

O’Rourke famously called for a ban on assault-style rifles during his brief 2020 presidential run, saying at a televised debate, “Hell yes, we’re going to take your AR-15.”

The comment is viewed as a potential liability in this November’s election, given Texas’ gun-friendly culture.

During his outburst on Wednesday, people in the audience shouted O’Rourke down and security officials moved to escort him out of the room.

“You are out of line,” one of the participants yelled at O’Rourke. “I can’t believe you’re a sick son of a bitch who would come to a deal like this to make a political issue.”

“Sit down,” U.S. Senator Ted Cruz told O’Rourke, whom he narrowly defeated in his 2018 Senate campaign.

Speaking to reporters outside, O’Rourke said: “It is absolutely wrong, it is insane, that we allow an 18-year-old to buy an AR-15. What the hell do we think he was gonna do with that?”

“We owe those parents action… But if we continue to accept this, then it is on us, it’s not just the governor’s fault, it is on us.”