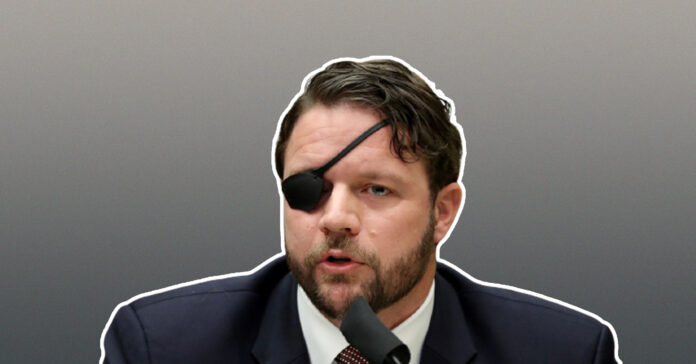 For someone with such fierce ideals when it comes to ‘cancel culture’ that he even wrote an entire children’s book on the topic, U.S. Rep. Dan Crenshaw seems to have no problem ‘canceling’ when it’s for his own benefit.

The Houston Republican condemned members of the conservative Freedom Caucus as “performance artists” and “grifters”, during a Texas Liberty Alliance event in Cypress, on Sunday, as reported by The Houston Chronicle.

“There’s two types of members in Congress; performance artists and there’s Legislators,” Crenshaw said in a video clip from the event that was posted on Social Media.

“We have grifters in our midst,” Crenshaw said, referring to “everybody in the Freedom Caucus,” without calling out anyone specifically.

He then continued to criticize the group of conservative House members claiming they say “Lie after lie after lie,” a noun he once used to slam Republicans who he said helped instigate the Jan. 6 riots at the Capitol.

“These people have been lied to en masse by the millions in the sense that they were led to believe Jan. 6 was anything but a political performance for a few opportunistic politicians to give a five-minute speech. That is all that it ever was. People were lied to,” Crensahw said, calling out all the members who “scattered like cowards” while the riot took place.

As we can see this isn’t Crenshaw’s first rodeo with ‘cancel culture’. It’s good to see that he finally realizes some behaviours – such as those reflected by his fellow House Republicans – need to be canceled in order to live in a more tolerant, diverse culture.