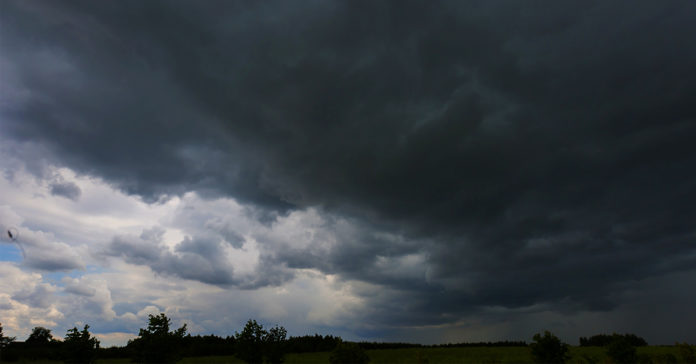 The Dallas tornadoes caused millions of dollars in destruction. FEMA inspectors are in the Dallas area assessing damage from the Oct. 21 tornado outbreak, the costliest in Texas history.

The storm spawned 10 tornadoes in Dallas. The strongest was an EF-3, which had wind speeds up to 140 mph, according to the National Weather Service.

Over the course of about 30 minutes, the tornado traveled more than 15 miles from northwest Dallas into Richardson.

The damages were up to about three-quarters of a mile wide, the Dallas Morning News reported.

A separate EF-2 tornado, packing winds of up to 135 mph, struck Garland, according to the National Weather Service.

A series of less intense tornadoes struck communities in and around Dallas, including Richardson and Garland.

The FEMA assessments will determine if the damage from the Dallas tornadoes qualifies for a federal disaster declaration.

If the Dallas tornadoes are determined to be a federal disaster, North Texas would qualify for federal assistance and relief funds.

Abbott issued his declaration alongside one from Dallas County Judge Clay Jenkins.

Both disaster declarations were intended to waive restrictions that prevent utility companies from using out-of-state resources. With those resources, debris can be cleared and power lines repaired faster.

Damage estimates already exceed $2 billion, according to the Insurance Council of Texas.

The latest estimates show this year’s Dallas tornadoes exceeding a December 2015 tornado outbreak in the Garland/Rowlett area. The December 2015 outbreak resulted in $1.2 billion in insurance claims.

More than 30,000 auto and home claims are expected to be filed, an estimate that does not include commercial business claims.

Commerical business claims could push the total cost of the Dallas tornadoes even higher.

Jenkins has spent the last week accompanying FEMA inspectors through storm-ravaged areas in Garland and Richardson.

After viewing the devastation first-hand, Jenkins commented that the damage has been catastrophic.

The inspection team is expected to assess impacted areas in Dallas proper on Wednesday, Oct. 30.

More than a dozen schools were impacted by the Dallas tornadoes, including three in the Dallas Independent School District that were demolished.

The district’s Education Foundation raised more than $220,000 in donations within 24 hours of the storm, according to The Dallas Morning News.

DISD determined that the Dallas tornadoes left Thomas Jefferson High School uninhabitable for the rest of the school year.

The district hopes that students can return to class at the beginning of the next school year.

However, the district won’t receive a final cost assessment from insurers until around Thanksgiving.

TJ just one of the schools hit by the Dallas tornadoes

Thomas Jefferson High School’s reconstruction has already become something of a cause in Dallas. The Dallas Morning News issued an op-ed calling for the school to become one of the city’s signature projects.

School district officials are in talks with representatives from FEMA and other federal agencies to determine what federal assistance is available for rebuilding.

Along with Thomas Jefferson, DISD also lost Cary Middle School and Walnut Hill Elementary School. The loss of all three schools sent the district scrambling to find ways to accommodate the students.

The district also had to arrange temporary buildings for three schools that lost power during the storm.

One private school damaged by the Dallas tornadoes, St. Mark’s School of Texas, is expected to reopen in the coming days.

The Church of Jesus Christ of Latter-Day Saint opened a resource center at 9509 Midway Road in Dallas.

Additional support has come from On the Road Lending, which offers resources for people who have lost vehicles to natural disasters.

The non-profit helps provide down payments and loan approvals for new and used automobiles.

Dan Patrick Wants the Economy to Grow and Would Risk Lives...