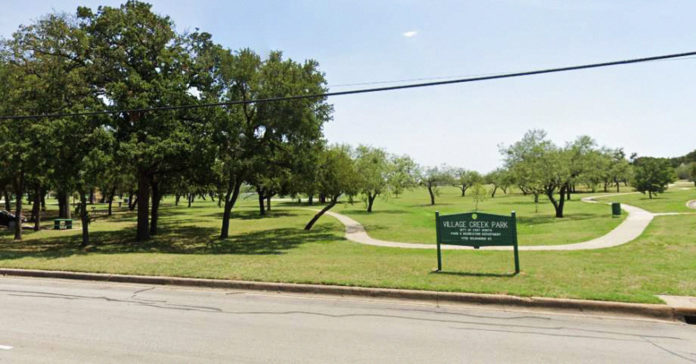 Five people were injured in a shooting at a Fort Worth park where about 600 people had gathered Sunday evening.

Why so many people were gathering during the pandemic is unknown. The police received a dispatch at 6:59 p.m. to Village Creek Park, according to Fort Worth

At the time, someone reported hearing fireworks. Later, witnesses said that after the fireworks, there were thirty rounds of gunfire, Calzada said.

Five victims were found in the area. Two were in critical condition Monday, and all were at local hospitals.

Large gatherings are currently prohibited in Texas by an order from Gov. Greg Abbott.

“We have been stating that everyone follow the rules, but ultimately people have a choice, and that was the choice they made tonight,” Calzada said.

State and federal authorities are investigating the shooting. No arrests have been made.

Two witnesses said the party appeared to be made up of high school age people and mentioned playing with water guns, according to the Fort Worth Star-Telegram.

Calzada is asking for the public to share any information they have with the Fort Worth Police Department.

Gun safety is always a serious matter, as RA News reported this past winter. And now many people are staying home with their children.

“Homes are filled with bored and restless children out of school. Tragedies happen, even in homes with responsible parents. Lock Arms for Life suggests a simple gun lock to prevent tragedy,” said Leesa Ross, who lost her college-aged son tragically to a handgun accident.

“I lost my college-age son to a gun tragedy. Without a doubt, his death could have been prevented had there been a gun lock on the firearm. Something as simple as a cable gun lock would have saved his life,” she wrote in an email Monday.

Ross is a board member of Texas Gun Sense, an apolitical organization devoted to gun safety for Texans of all ages.

“Keep your firearms locked, unloaded and separate from ammo,” Ross wrote. “With kids at home, there’s a greater risk of unsafe access to your firearm.”