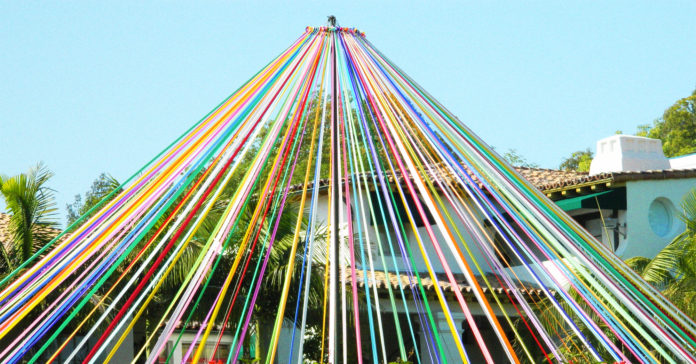 May Day, on May 1, has been celebrated in a variety of ways throughout history. Here’s the scoop on where May Day comes from and its connection to worker’s rights, which are still in demand today.

The term May Day has Roman roots and used to be a celebration of flowers and spring. While the exact location of the origin isn’t known, History.com states that it can be traced to medieval times and the earliest May Day celebrations were by villagers who would dance around a maypole weaving colorful streamers. Some historians say the dance symbolized fertility.

People would traditionally collect flower blossoms and branches to decorate their homes, and as they gathered their bouquets, they would literally “sing in the May,” the BBC reported Friday.

In current times, May Day is recognized as International Workers Day, and all around the world, people celebrate the rights of workers. Labor rights groups took hold of the symbol of May Day during the Industrial Revolution in the 19th century. Assembly lines were a mass-production boon but also made work dangerous.

The Industrial Revolution drew major concerns for the thousands of workers who were dying because of inhumane work conditions, and the long hours these workers endured without regulations. Thousands of strikes and riots started across the U.S. for worker’s rights.

In 1883, during a convention in Chicago in 1884, the Federation of Organized Trades and Labor Unions, which later would be known as the American Federation of Labor, proclaimed an eight hour day would constitute a legal day’s labor, which would start after May 1,1886, according to History.com.

During the 20th century, the Progressive Era led to political reform and social activism for workers across the United States and fixing problems they endured at the workspace, such as health hazards and also regulating child labor.

In 2020 there is still work to be done to improve work. New laws for workers in the U.S. went into effect this year, Forbes reported. Those laws include a rule that extends overtime pay to 1.3 million workers, and the California Assembly Bill 5, also known as AB5, and its legislation is meant to safeguard gig-workers and offer them paid time off and health benefits.

In the 86th Legislature, Texans had their eyes on paid sick-leave laws, which didn’t pass.

Because of the pandemic, unemployment has increased nationwide. RA News has an unemployment resources page you can check out here.

Also in current times, the eight-hour day has taken on a new meaning, and office lifestyle has drastically changed in some workplaces. Gen-Z-ers and millennials are deciding the work-life balance is equal to more than a raise, the New York Times reported. The work-clock is also changing, which means taking a call from a client at 8 p.m. is the new normal.

In memory of those who fought for that eight-hour day, however, and the regulations and reforms for safer workplaces, you can pour yourself a cup of ambition and click play on the Dolly Parton song “Nine to Five.”