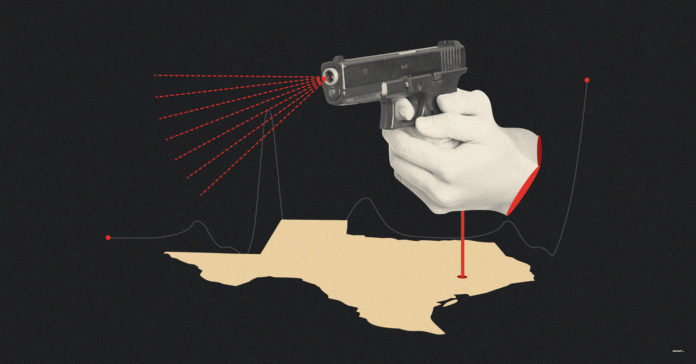 Texas’ overall crime rate was up just 1% in 2019, but violent crime jumped almost 5%, with more murders accounting for most of the increase, according to the Texas Crime Report released by the Texas Department of Public Safety.

All told, there were 1,403 murders in the Lone Star State last year.

Although Midland/Odessa and El Paso were the sites of active shooter situations in 2019, it was Austin, Dallas, Houston and San Antonio that accounted for 43% of the state’s violent crime incidents, despite comprising just 21.4% of Texas’ population.

“The chiefs of police in these cities attribute a sizable portion of the violence to Mexican cartels operating drug transshipment and retail distribution operations within their cities in close collaboration with the gangs that are involved in a substantial amount of the violent crime,” the DPS report states. “This is consistent with the Texas Annual Gang Assessment, Federal Agency Intelligence Assessments and TxGANG, a statewide gang database. There are 78,363 documented gang members in TxGANG, and 54.24% of them were identified and entered into TxGANG by law enforcement in Bexar, Dallas, Harris and Travis counties.”

Recidivism by violent offenders was cited by the police chiefs as a contributing factor in the violent crime increases.

With the exception of Dallas, continued increases in violent crime have been documented by the four cities during the first six months in 2020. Dallas has experienced an increase in aggravated assaults, but has seen reductions in other violent crimes.

Texas has established seven Texas Anti-Gang Centers across the state. They are located in Dallas, El Paso, Houston, Lubbock, McAllen, San Antonio and Tyler. Another is planned for Waco.