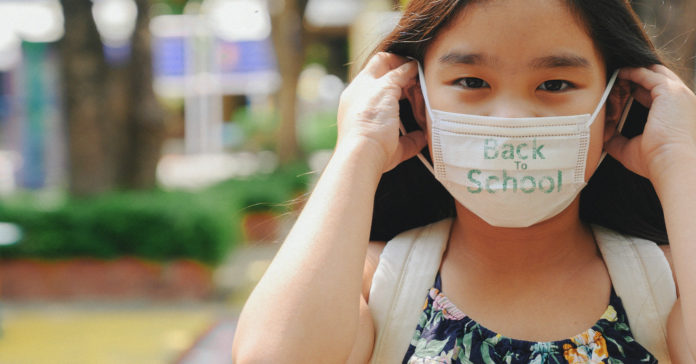 Although most were going to still be studying at home, the school bell rang bright and early for thousands of Texas children this morning. Tuesday is the first day of school for students in Austin, Dallas, Fort Worth and Houston Independent School Districts. All four districts are starting the year with virtual learning. Three of those districts, Dallas, Fort Worth and Houston ISDs, started the day with technical difficulties getting everyone online.

DISD’s website attributed the difficulties to an issue with phone lines and urged parents to contact the district’s help desk for assistance getting their children signed on.

In Houston, officials reported everything was back up and running shortly before noon.

The El Paso and San Antonio school districts started online classes in August. El Paso has not set a date for resuming in-person instruction, but San Antonio ISD was scheduled to begin gradually allowing a low number of students on campuses starting Tuesday.

“”There are three local health metrics that the district is monitoring closely: the positivity rate in Bexar County, the number of days it takes for the local case count to double (known as doubling time), and the two-week trend in daily case numbers,” read information on San Antonio ISD’s website. “At this time, all three statistics meet the criteria for Level 2 Yellow on the district’s safety matrix, which allows for up to 25% of student enrollment on campuses.”

The Texas Education Agency is allowing school districts to start the year with up to eight weeks of online instruction, but the agency has yet to make accommodations for students who may not have access to the Internet.

In HISD, those accommodations have taken the form of 36 learning centers at campuses and churches.

Tuesday, Sept. 8 is also the date school districts are required to begin submitting information on students, teachers and staff who have tested positive for COVID-19. The first report is supposed to go all the way back to the start of classes, which for some districts was early August. Moving forward, subsequent reports will be due weekly.

The state has not announced when the information will be made public. At last check, the Texas Department of State Health Services was still working on a portal.