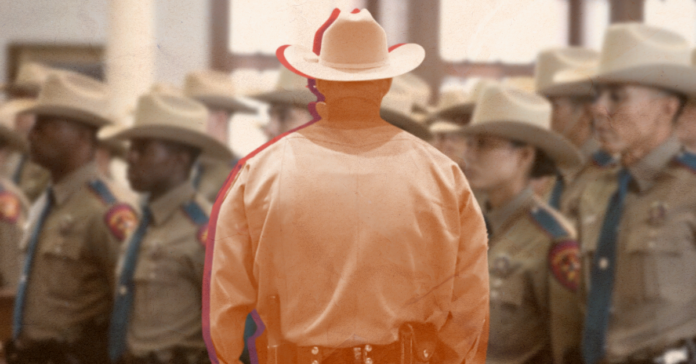 Former Texas state trooper, Crimson Elizondo, was the first person to arrive at Robb Elementary school within two minutes of the gunman last May in Uvalde. She stood outside the school, and waited for over an hour with 376 other law enforcement personnel – while 19 children and 2 teachers were murdered.

Elizondo is seen in her Texas Department of Public Safety (DPS) uniform, handgun drawn, outside the school building in Uvalde, and then briefly in the hallway on the body camera footage from another law enforcement officer, as first reported by CNN.

The “abject failure” to stop the gunman from carrying out the deadliest school shooting in Texas history was, in part, due to “systemic failures and egregious poor decision making” by nearly everyone involved who was in a position of power.

There was enough blame to go around. The school police chief was fired and now seven DPS officers are being investigated for what they did or did not do. CNN uncovered that Elizondo is one of those officers.

According to CNN, Elizondo left DPS and is now a police officer for the Uvalde Consolidated Independent School District (CISD). There, her role is to protect some of the very same children who survived the Robb Elementary shooting.

After the mass shooting, Uvalde CISD said it wanted to recruit 10 more officers and superintendent Hal Harrell told a special town hall meeting in August that at least 33 DPS officers would also be deployed around the district’s eight schools.

The residents’ initial concern was that officers who failed to stop the killing would be tasked with school security.

When Elizondo took on her new role, children and parents recognized her from the body camera footage released by the mayor, and were – rightfully so – outraged. CNN discovered that it made them uneasy to have a reminder of that deadly day roaming the hallways, especially if she was chosen to “protect” the younger students who survived the massacre.

“We are disgusted and angry at Uvalde Consolidated Independent School District’s (UCISD) decision to hire Officer Crimson Elizondo. Her hiring puts into question the credibility and thoroughness of UCISD’s HR and vetting practices,” said a statement from family representatives.

UCISD was aware that Elizondo was under investigation, because as part of their background check, the school was informed by the Texas DPS as early as July 28.

The school decided to hire her anyway. That is, until CNN unmasked her.

Following the CNN report, released on Thursday, the Uvalde Consolidated Independent School District decided to fire the newly hired officer, Elizondo, for being under investigation for her actions in the Uvalde School Massacre.

Elizondo is under an internal review by the Texas DPS for her response to the mass shooting due to “actions which may be inconsistent with training and requirements,” according to a redacted internal memo to the organization’s director obtained by CNN.

Later in the day, she can be heard on body camera footage talking to fellow officers, who ask her if she had children at the school that day.

According to CNN, you can hear the woman give a blunt response.

In her DPS uniform, stained with blood, she said: “If my son had been in there, I would not have been outside. I promise you that.”