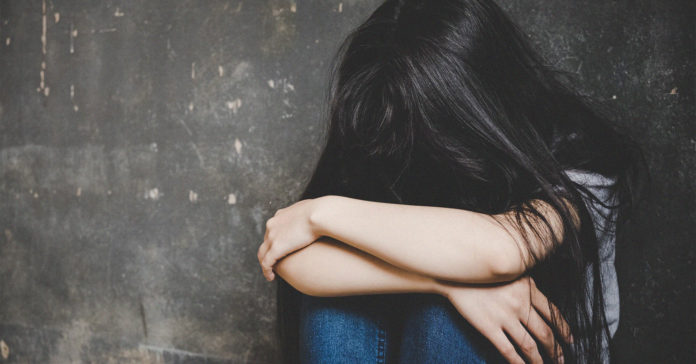 Texas is rich with diversity and pride, but the coronavirus pandemic has both heightened the power of togetherness and has revealed racism.

This is such a serious concern that the Centers for Disease Control and Prevention has issued guidance on its website about spreading rumors, blaming someone for the disease, and awareness of how fear and anger can cause racism.

Just three weeks ago, the FBI warned of an increase of hate crimes toward Asian Americans after a hate crime at a Midland Sam’s Club.

Texas has seen recent reports of racism. Those include shocking words and police involvement at a Dallas-area voting site and avoidance of restaurants in Houston’s Chinatown in February.

Amy Wong Mok, founder and chief executive officer of the Asian American Cultural Center in Austin, shared the racism she has seen since the pandemic began.

“There were racially motivated violent incidents, both verbally and physically attacked on Chinese/Asians in different parts of town, and we live collectively in fear of more people than the virus. Many folks in our community are afraid to even go grocery shopping; they do online shopping which generates more expenses in this already challenging time. It is a sad statement to fear more of our neighbors than the virus. Unfortunately, we are paying the price as a community because of the dangerous and insensitive racial baiting labels from the top.”

“We are grateful that Austin City Council has made a public action and passed a resolution on April 9th to condemn racially motivated attacks and mobilize good people to look out and report those bad behaviors.”

Mok said there should be five basic expectations from our public officials.

“First: Do no harm. Second: Place public interest before self-interest. Third: Exercise their humanity and wisdom in making decisions. Fourth: Be more responsible and respectful to their offices. Fifth: Understand their words and actions will have either a positive or negative consequence. We expect positive outcomes.”

The pandemic can remind us of word choices’ effects.

“We have seen some elected officials pull back from using the race-baiting types of statements that President Trump has been using. Unfortunately, we have also seen others double down on this type of hateful rhetoric,” Rep. Gene Wu (D-Houston) wrote in an email Monday.

“The Republicans have decided that Trump’s actions, or lack of any meaningful action, is indefensible at any level. The Senate Republicans have recently sent an internal memo that they need to specifically focus blame on the Chinese Government and dodge questions about Trump’s performance. Unfortunately for Chinese Americans, and Asian Americans in general, the bigots and racists don’t have the ability or willingness to distinguish between the Chinese government and Chinese Americans.”

In addition, Wu is deeply concerned that we are genuinely headed toward a second Chinese Exclusion Act.

“The U.S. Congress only recently issued a formal apology for the Chinese Exclusion Act of 1882 in 2012. Yet, here we are again headed down that same path with the same rhetoric and the same stereotypes.”

Joe Feagin, a sociologist and social theorist and the Ella C. McFadden Distinguished Professor at Texas A&M University, is in his 6th decade in researching and writing about systemic racism in the U.S.

“Asian Americans went from being attacked as vermin and criminal and inferior in the 19th century, to being white-termed ‘model minorities’ in the decades between the 1960s and this last few months, and now again to being accused (from very old white racist framing of Asians) of being vermin that cause viral illness and the virus crisis.”

“At 81, I had hoped by now that the white leadership (most of our most powerful leaders in all fields are white) would now be willing to move again to liberty and justice for all, like we did in the 1960s with Lyndon B. Johnson, but my hopes are now constantly crushed.”

This month, CNN’s Lisa Ling spoke to Andrew Yang, former presidential candidate about racism toward Asian Americans and she shared her experience of being assaulted online saying, it’s ugly, vicious, and threatening.

Feagin said most of our white leaders are intentionally illiterate on our racist history and current systemically racist realities.

“If they, or we, as a nation, are to make progress they/we must first become much more critically informed on these deep racist and other oppressive realities.”

What can the next generation learn from this when it comes to equality, racism and compassion for others?

“Sadly the current generation is also being intentionally mis-educated and idiotized,” Feagin explained. “One survey recently had only one in seven of our 8th graders passing a rather elementary history exam!! … Seems like we are doomed to keep repeating our inegalitarian history and institutions. I wish not, but see little evidence to the contrary right now.”

Lorena Watson, a psychology lecturer at Texas State University and a psychotherapist pointed out that humans are social creatures whose leaders make a difference.

“We need one another, and we need leaders to follow and take direction from. Because of this, our elected officials bear the burden of having all of their words be scrutinized in a way that can appear to some as a call to action, whether they are meant to be interpreted that way or not. Regardless of the intent of any of the politicians around this problematic term, there has to be special attention paid to the potential consequences of their words. This is why speechwriters are so important, they usually consider these things when they write.”

Watson said politicians should remember that their words are far more powerful than they may think.

“No matter what their intent is to inform people about the origins of this virus, they must first consider the potential impact it will have on their constituents, their audience, and the American public. This is not a season for us to take for granted the authority our leaders hold and the weight their words carry,” she said.

“I’ve noticed a lot more fear among Asian-Americans as a whole,” Watson said. “I work with a lot of Asian American clients and have many in my own social circles who report fear of “coughing while Asian,” a term commonly used to describe showing any ounce of a symptom of anything while in public places. I’ve heard reports in my communities of people being avoided at grocery stores, being asked why they were in public, and even being stared at uncomfortably.”

Looking ahead, Wu shares words of advice to elected leaders.

“The most important thing that elected leaders need to remember is that words have consequences for other people. It may be politically expedient to distract from Trump’s incompetence by blaming the Chinese, but there are real world consequences for Asian Americans who will have to carry that burden.”

Something every person can do is be careful and mindful when describing the illness, using words and language that doesn’t point fingers or cause racism toward Asian communities.

“We cannot afford to be silent standbys and allow these bad behaviors to continue. These bad behaviors will be emboldened by the inaction of the good people; they diminish our humanity and are not what we want to teach our children who are our future leaders,” Mok said.