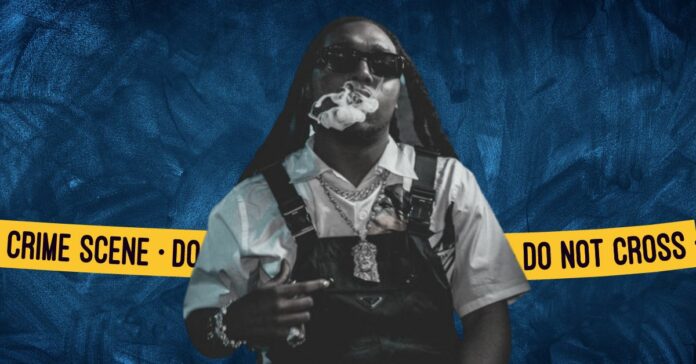 ATLANTA, Nov 1 (Reuters) – Takeoff, a member of the rap group Migos, was fatally shot and killed at a party held at a Houston bowling alley early on Tuesday, media reports said.

A representative of the rapper told the Associated Press that Takeoff, 28, whose real name is Kirshnik Khari Ball, was killed.

Reuters could not reach the rapper’s publicist and Houston police said they were holding back giving the names of the victims until they were verified and the next of kin notified.

A second member of Migos – Quavo, 31, whose real name is Quavious Keyate Marshall – was at the party but not hurt, Rolling Stone reported.

A third member, Takeoff’s cousin Offset, whose real name is Kiari Kendrell Cephus, was not there.

The influential hip hop trio from the Atlanta area is known for its singles “Bad and Boujee” featuring Lil Uzi Vert, “MotorSport” and “Walk It Talk It.”

Police have not offered a motive for the shooting, but various media reports said the gunplay had been spurred by a dispute over a game of dice.

Grief over the death of Takeoff, an Atlanta native, flooded the internet in the hours after the first reports emerged.

“Dead over dice. We are better than this. Black men deserve to grow old,” Mayor Khalid Kamau of South Fulton, an Atlanta suburb, wrote on Twitter.

Officers responded to a call at the bowling alley at 2:30 a.m. and found one man dead when they arrived, the department said, describing him only as a Black man in his 20s. No arrests have been reported.

Media outlets reported that there were 40 to 50 people at the scene when officers arrived. Police said the two others wounded were taken to local hospitals in private vehicles. No information on their conditions was released.

Takeoff is the latest rap artist to have been killed by gun violence in recent years, including Nipsey Hussle, Pop Smoke and King Von.

In 2019, rapper Nipsey Hussle (also Hu$$le), whose real name is Ermias Joseph Asghedom, was gunned down outside his store in South Los Angeles. He was known for his “Bullets Ain’t Got No Name” series.

New York rapper Pop Smoke was fatally shot during a home invasion at a Hollywood Hills, California, in 2020. His real name was Bashar Barakah Jackson and he was known for “Meet the Woo 2.”

Dayvon Daquan Bennett, known professionally as King Von, was fatally shot in 2020 outside Atlanta hookah lounge after an argument.