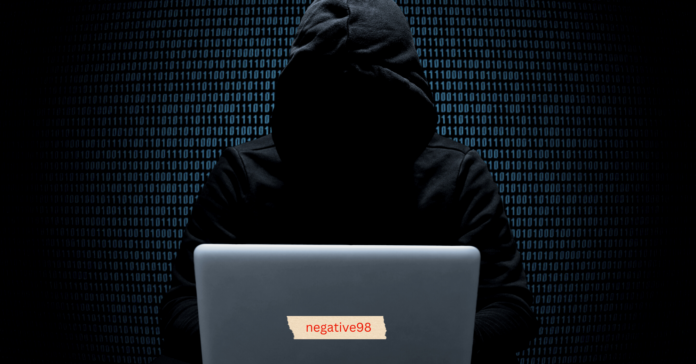 There’s an old saying that goes “if it walks like a duck, and quacks like a duck, it’s a duck.” But as Saturday came and went, the “Something Big” story of calamitous events proclaimed by conspiracy theorists failed to materialize. The theory spread by QAnon, Negative48, a splinter group of the QAnon, and others online, thus joined the pantheon of other failed doomsday and conspiracy theories through the ages, clearly a “duck.”

QAnon and Negative48 believed the theory that numerous things would happen on September 24, and the story overwhelmed alt-right forums and mainstream platforms such as TikTok in recent weeks. That prophecy, conspiracists believe, was laid out in a 2013 episode of The Simpsons, and was thought to bring about anything from the collapse of civilization to the restoration of Trump as president.

Negative48 members are undoubtedly disappointed that the weekend came and went, and Joe Biden is still president, even though they believe the person in the White House isn’t really Joe Biden, who some members claim died in 2019. Instead they believe that person is an actor starring in the role.

Their leader, Michael Brian Protzman, who wears American flag pants to every Trump rally he attends, has added some twists of his own the QAnon ideology, gathering members in Dallas to await the resurrection of JFK Jr. He also teaches what he claims is ancient Hebrew numerology, called gematria. This is how he arrived at the name of his group of roughly 100 followers, Negative48, the number 48 being the digital equivalent of the word “evil.”

According to reports in the Seattle Times, Protzman, a Washington state man, has been seen wearing a tinfoil hat, giving bizarre speeches, and claiming to be Jesus Christ.

The report also said that when Protzman’s wife filed for divorce the couple got into an altercation during which he physically restrained her as she attempted to flee, and said “if he couldn’t have her, no one could.”

According to the author of The Storm is Upon Us told the Dallas Morning News that he thinks “what you’re seeing here is really, undeniably a cult,” said Mike Rothschild, his book which chronicles the rise of, and fallout from, QAnon.

He also said that Protzman is absolutely using behavior control and thought control, telling followers what to do. He’s allegedly having people stand in straight lines to have conversations, and telling them when to go outside, which Rothschild said is “unquestionably the behavior of a cult leader.”

The splinter group follows former president Trump to rallies across the country, like groupies or fans of the Grateful Dead. Some have been to as many as 92 rallies, earning them invitations to Mar-Lago. They attended the Ohio rally where members pointed a one finger salute to the sky, resembling a fascist salute.

But instead, Negative48 members like Julie McDaniel, told the Washington Post that she was pointing to God, and was critical of media reports who characterized the rally goers as neo-fascists.

Group members call themselves “Front Row Joes,” and are watched closely by onsite security staff for their reputation of dancing in the aisles when Trump’s rally music resembles their theme song, “Wwg1wga” (an acronym for “where we go one, we go all”).

Members of the group harassed March For Our Lives as they gathered in support of gun control legislation in downtown Dallas. They shouted that the mass shooting in Uvalde was an orchestrated hoax by the federal government, telling the marchers that all mass shootings are fake, and do not actually happen.

The arrival of the Negative48 members at Trump’s rallies, however, is not looked at fondly by Trump’s team, who have raised concerns that they could ultimately disrupt events, alienate other rally goers, and distract from Trump’s speeches or incite an incident that might mean bad PR for MAGA nation.

Yet, Trump himself has recently embraced the QAnon crowd, wearing their pin on his lapel as if it were a fraternity pledge pin. He shares their posts on Truth Social, and Associated Press reports that more than a third Trump reposts were QAnon related, including slogans, videos and images. In effect, Trump is elevating them to the top of the MAGA heap.

Their slogan, the “storm is coming” is reminiscent of his “stand back and stand by” comments regarding the 2020 election, directed toward right-wing militia groups such as the Proud Boys, saying that they should stand by to await his command to make certain he was re-elected. This statement ultimately led to the January 6 insurrection that cost lives and injured many.