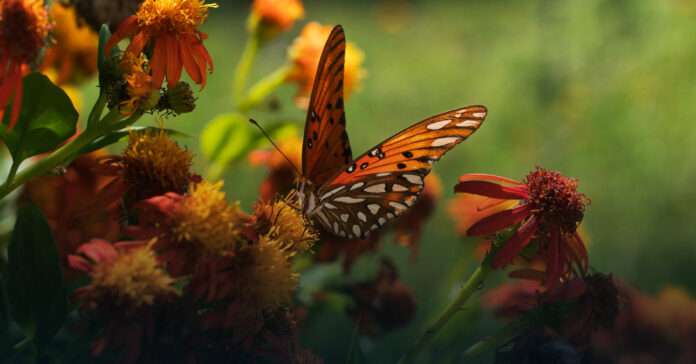 Director Treviño-Wright believes her butterfly sanctuary, the National Butterfly Center along the U.S.-Mexico border in Mission, became a target after filing a lawsuit against the Trump administration in 2017. She explained that the border wall would run through their property and destroy butterfly habitats. Now,in apparent retribution, the center has become a target for fringe conspiracy theorists.

Droves of right-wing advocates began attacking the center online, spreading volatile misinformation and sending personal threats to Wright. This has produced a severe toll on her mental health and personal relationships, according to The Guardian.

“It really has made me a misanthrope. I used to believe much better of people, but now I’m afraid to even go to the grocery store because I can’t trust that the person with the cart next to me doesn’t believe” the lies, Treviño-Wright said. (Is this quote out of place? Shouldn’t it be after lies?)

Brian Kolfage, who runs an organization called We Build the Wall, falsely accused Wright of human sex trafficking on Twitter in 2019. The National Butterfly Center sued Kolfage for defamation and disparagement in response.

Harassment then began to escalate. Kimberly Lowe, a right-wing congressional candidate from Virginia, visited the butterfly sanctuary last month. Lowe demanded Wright give her access to the river “to see all the illegals crossing on the raft.” Lowe tackled Wright after being asked to leave. Lowe claims Wright was the aggressor.

Wright began carrying a pistol after the ordeal.

“The board is going to hate this side arm,” said Ms. Wright. But, she added, the people attacking the center “need to know they’re not the only ones who carry weapons.”

A We Stand America border security rally forced the sanctuary to close earlier this month. Former state Rep. Aaron Peña told Wright the sanctuary could become a target during the rally and that she should “be armed at all times or out of town,” according to the Texas Tribune.

Rally attendees did visit the center, Ben Bergquam among them. During his visit, Bergquam recorded and posted a video accusing the center of child sex trafficking.

In 2016, QAnon members similarly accused Comet Ping Pong, a Washington pizzeria, of facilitating a child sex trafficking ring run by Democrats. The “Pizzagate” conspiracy then prompted a North Carolina man to drive to the pizzeria and fire his rifle inside the restaurant.

“The kind of activity, the kind of chatter going on — these are the kinds of things that happen before other horrible events where people ended up dying,” said Dr. Jeffrey Glassberg, president of the North American Butterfly Association, which runs the butterfly center in Mission.

Glassberg fears a potential escalation of violence, according to the New York Times.

“We know it’s a dangerous lie,” he said. “People say you’re raping babies, then unhinged people come out of the woodwork.”

On Jan. 30, hundreds attended a border security gathering at a border wall section near the center. The group sang “Amazing Grace,” some armed with long guns.

The center closed indefinitely last Wednesday citing safety concerns pertaining to the recent gathering. Wright is unsure whether or not the center will reopen.

“It’s a magical place and it’s a place I’ve poured the last 10 years of my life into developing and defending. I hope there’s a wonderful future in store for the National Butterfly Center, but as long as these people get away with these things, I’m not sure of anything. Not just for anything but for our entire country.”