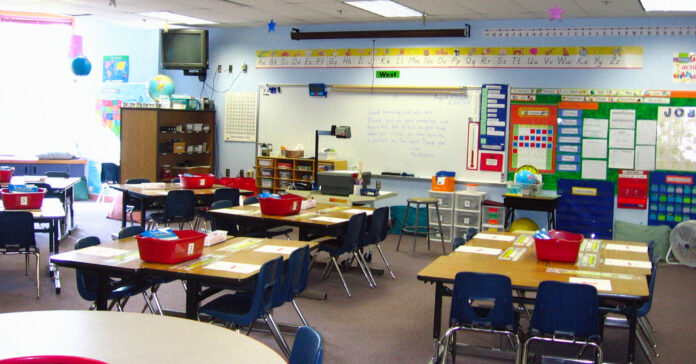 Ever since the massacre at Robb Elementary School earlier this year, blame has been shifted around various law enforcement agencies to determine who was most at fault for not stopping the shooter. In the latest reporting, the Texas Department of Public Safety gets yet another strike against it for failing to adequately support Uvalde law enforcement.

This time, the subject was the radio system. Fox San Antonio recently received emails from 2015 showing that county leaders in Uvalde, Val Verde, and Kinney Counties asked both DPS and Governor Greg Abbot for funds to replace a failing first responder radio system. Help was denied. Communication issues contributed heavily to the tragedy in Robb Elementary, including the fact that Uvalde school district police Chief Pete Arredondo had no radio on him. A broken chain of command and lack of identifiable leader through radio channels was a factor in how long it took to stop the shooter.

The counties’ system was built in 2003, part of a series of federal grants following the September 11 attacks that aimed to better prepare first responders for emergencies. However, nearly two decades of Texas heat, age, and the bitter ice storm of 2021 had severely damaged the equipment. By the time the shooting started at Robb Elementary, there were huge holes in the communication network.

Though there has been plenty of blame to shovel around regarding the shooting, DPS is being shown again and again to have dropped the ball. A Texas congressional committee found that DPS officials should have been the ones to take command when they arrived on the scene, but failed to do so. As the highest ranking law enforcement officials on site, they would have been the de facto commanders. Instead, they deferred to local police, who have claimed they were unaware of being in charge.

The grim security footage from the shooting shows many officers milling around, checking their phones, and overall seeming to be unsure what to do. Some busied themselves with makework tasks, while others prevented parents from trying to go inside to rescue their children. The shooting lasted more than an hour before it was finally ended.

The failure of DPS officers during the shooting has led to the department suspending five of those involved. They have been referred to the Office of Inspector General for an investigation into their conduct on the scene. Details of their behavior that day have not yet been made available to the public pending the investigation. Two of the officers were suspended without pay, usually a sign of particularly egregious failures of duty.

Colonel Steve McGraw, director of DPS, said that “every agency that responded that day shares in this failure, including DPS” in an email to State Sen. Roland Gutierrez (D-Uvalde).

There has been no word yet on whether the governor or DPS will take this opportunity to upgrade and repair first responder systems in the affected counties or any other place in Texas.