Home Public Safety We Have More Guns, And Because Of That, More Dead Children
Facebook
Twitter
Email 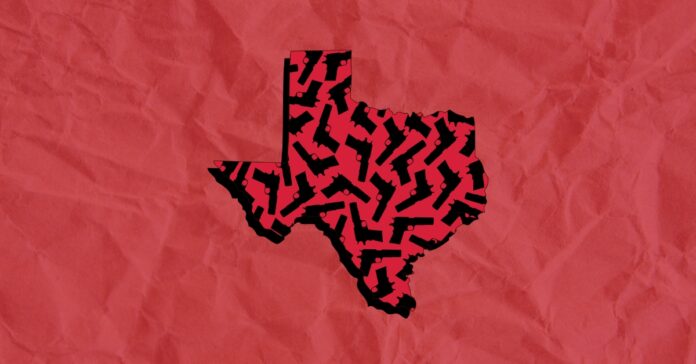 In 2020, guns killed more children than car crashes or disease, and that number is only going up.

It makes sense if you postulate that causes of death rise in proportion to the proliferation of the fatal agent. Until the mid-1900s, disease was the most common childhood killer, but then came widespread vaccinations, penicillin, and other medical advances. The car supplanted disease as most American households began to own one, but then safety laws and engineering practices sent those numbers plummeting.

There has been little to no movement to pass the same sort of lifesaving initiatives for guns in America, which is why deaths have skyrocketed since the mid-2010s. In 2008, the U.S. Supreme Court ruled that owning a handgun for personal protection was a constitutional right, making many gun control laws less able to regulate the main case of gun deaths. In Texas, loosening gun restrictions has become a main plank of Republicans. This past legislative session, permitless carry became the law of the land, and mass shootings in the state went up by 62.5 percent. Legislators have been moving to prohibit tax breaks from companies that chose not to invest in gun companies. Gun ownership is a core conservative value in Texas.

Under the administration of Governor Greg Abbott, gun deaths in Texas have soared. Rates of childhood deaths from guns doubled under his watch, and that was before the Robb Elementary Massacre. Texas now has more children die from gunshot wounds than any other state. Efforts are being made to intervene with children who may have violent tendencies, but none to keep them from being armed. Even raising the minimum age to buy an assault rifle has been shot down by Abbott.

It’s important to note that these are not all victims of mass shootings, gang violence, or mentally ill people as Republicans tend to define it. These include accidents, suicides, and everyday violence. While violence and accidents will always happen, the sheer proliferation of guns and their increasing conservative ideological importance is making those incidences more fatal.

Following the election of former President Barack Obama, gun sales went through the roof. Americans were constantly bombarded with ads and rhetoric from Republican leaders that Obama would seize all guns. The fact that a non-white man had been elected president can’t be ruled out as a reason for the sudden fear one study says. Whatever the reason, by the end of Obama’s second term there were now more guns than people in America.

This matters because the number of guns in an area is directly related to the number of gun deaths. Improperly stored guns lead to accidents or drunken attacks. Guns are frequently the target of burglaries because of the ease of moving them on the black market as well as their obvious usefulness in other crimes. The presence of a gun in a public altercation that might normally be settled with words or fists too often becomes a fatal shootout that can harm both the participants and bystanders. Showing off firearms at demonstrations can turn a peaceful protest into a killing field.

Texas has both a lot of guns and a lot of dead kids. The two things are inarguably related.