Home Public Safety ‘We must Put Our Country Ahead Of A Party’: The Wall Street...
Facebook
Twitter
Email 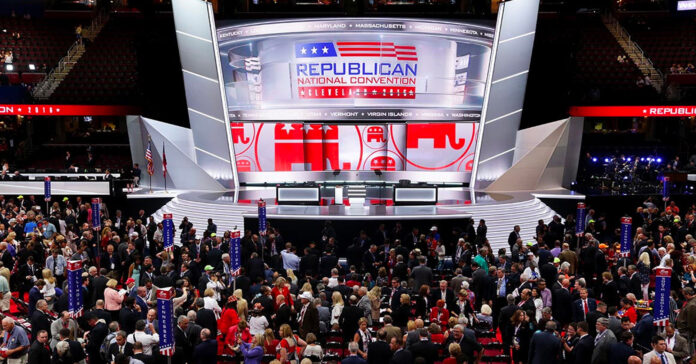 A year ago today rioters stormed the Capitol, wreaking havoc as they damaged property and assaulted police officers. All were and still are defenders of the ‘Big Lie’, of the idea that the election was stolen.

Yesterday The Wall Street Journal published an interesting opinion piece “Republicans’ Jan. 6 Responsibility”, where Karl Rove highlighted the reason why the GOP has a duty to condemn the riot and those who refuse to acknowledge it.

Rove is a sworn Republican yet in his article he criticizes solely the Republican party “who for a year have excused the actions of the rioters who stormed the Capitol, disrupted Congress as it received the Electoral College’s results, and violently attempted to overturn the election.”

These protestors have been portrayed as “innocent patriots, tourists visiting the seat of the national government to petition their elected representatives peacefully.” However we know this was not the case, the truth of the matter is that thousands of these “harmless, ordinary Americans” were willing to use force to storm the Capitol.

As reported by The Wall Street Journal, the leaders of this group were intent on committing violence, many wore tactical gear, armed with chemical agents, batons and sticks. Breaking through barricades and assaulting approximately 140 police officers. Let’s not forget they also smashed doors and windows and illegally entered the Capitol.

Since then, more than 725 people have been charged, at least 163 have pleaded guilty and 71 have been sentenced.

In the article, an interesting premise is introduced, where Rove asks you to flip the entire situation, “What if the other side had done it? What if Democrats stormed the Capitol and attempted to keep Congress from receiving the Electoral College results for the 2016 presidential election?”

“Would my fellow Republicans have accepted it as merely a protest?” Cove continues, “Republicans would have torched any high official who encouraged violence or stood mute while it was waged and been right to do so.”

The article concludes that to move past Jan. 6, 2021, “we must put our country ahead of party.” Rove calls out his fellow Republicans and tells them “there can be no soft-pedaling what happened and no absolution for those who planned, encouraged and aided the attempt to overthrow our democracy. Love of country demands nothing less. That’s true patriotism.”