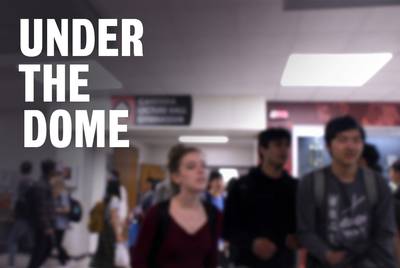 Students at Westwood High School describe the threat of school shootings as a “constant fear.” Last May, at Santa Fe High School, near Houston, that fear became reality when authorities say a 17-year-old high school junior killed 10 people and injured 13 more.
Now, nearly a year later, lawmakers at the Texas Capitol are working to boost mental health resources on campuses statewide, expand the school marshal program and implement a myriad of other safety measures.
Noticeably absent from the conversation – any semblance of gun control.
Some students at Westwood High School in Austin say that’s a problem and emblematic of the divide between students in fear of a future shooting and the lawmakers attempting to prevent them.
Watch as we explore the issue in the latest episode our mini-documentary series, “Under the Dome.”
This story originally appeared on the Texas Tribune. To read this article in its original format, click here.