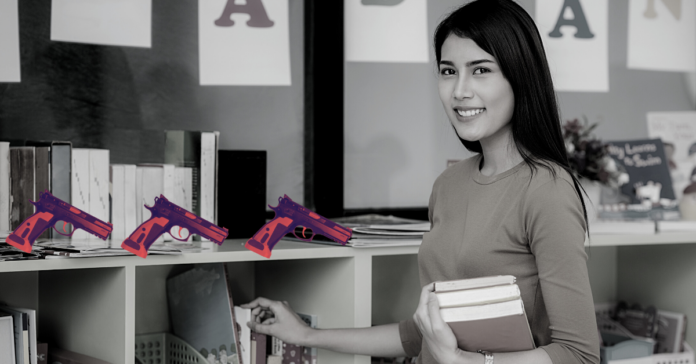 The police response to Tuesday’s Texas school massacre is under increasing scrutiny since authorities have acknowledged that the shooter had been locked inside a classroom for a whole hour before being confronted and killed.

“Numerous” police officers assembled outside the room but did not make any attempt to break through the door during that hour. Instead, they decided to pull back and wait until a specialist tactical unit arrived, as reported by The Guardian.

Not helping their case, there are also multiple accusations from parents about police inaction.

During the massacre frantic families were being held back from entering the building, some even got put in handcuffs for “interfering in an active investigation”, meanwhile – ironically – several police officers went charging in looking for their own children.

On tape, Texas Department of Public Safety spokesman Lt. Christopher Olivarez confirmed that officers went into Robb Elementary School to get out their own kids during the massacre: “what we do know, right now, is that there were some police officers, families trying to get their children out of school because it was an active shooter situation.”

Several parents and other local people have talked to the media, expressing distress at this apparent hesitation of law enforcement – unless it was their own blood – to storm the school. A video recorded by residents and posted on social media captured in real-time the anger of parents at the spectacle of armed police standing outside the school and not going in. “They are all fucking parking outside, man – they need to go in there, they are all in there. The cops aren’t doing shit but standing outside,” shouted one father.

After the deadly mass shooting, Texas Republicans’ have the belief that “the best answer” to gunmen massacring children in schools is arming teachers and administrators.

State Attorney General, Ken Paxton said on Fox News: “We can’t stop bad people from doing bad things. We can potentially arm and prepare and train teachers and other administrators to respond quickly. That, in my opinion, is the best answer.”

However, their “good guy with a gun” argument is definitely not the best answer. Just take a look at how cops – people who are trained, armed, and protected – reacted. At the end of the day, despite all their bravado, they are human beings who get terrified and freeze when asked to put their own lives in peril.

No amount of scenario-based training can guarantee a cop will rush toward the gunfire to save others when needed, so what makes people think that it will be any different with regular civilians, like teachers and administrators?

Just think that through for a little bit: Paxton and the rest of the GOP party’s solution to children getting shot in schools is to put more guns in schools. I’m sure nothing will go wrong… there has to be a better way. Gun Reform can not be a question but a must.

Uvalde was the 213th mass shooting in the US this year, and Robb Robb elementary was the 27th US school to have experienced a shooting this year, Education Week reported.