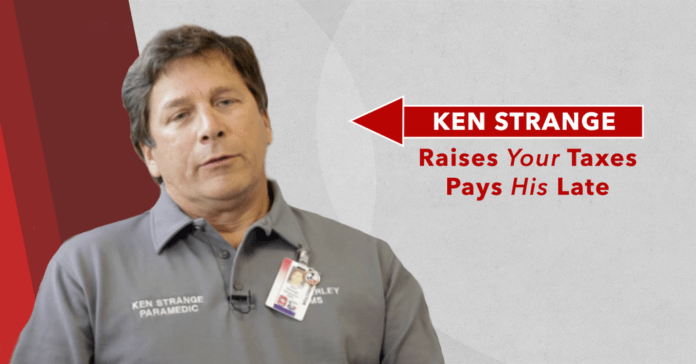 Which is it, Ken?

State Representative District 45 candidate Ken Strange says he wants to build the economy with jobs and reduced property taxes. Yet in his position of leadership on Wimberley ISD’s School Board, Strange has been a consistent advocate for borrowing money from the government and raising school taxes but apparently has problems paying his own taxes on time.

According to Hays County Appraisal District, Strange had to pay penalties and interest on his property at 46 Peace Pipe in Wimberley, because he paid his taxes late in 2012.
During his tenure as president of the Wimberley ISD’s School Board, Strange campaigned for an increase in taxpayer-supported debt. The school district has one of the highest tax rates in the Hays County jurisdiction.

Strange campaigns as a problem solver who will work to make the Texas Legislature more responsive and accountable to the people. But how can voters believe Strange’s promises if he’s not even willing to pay his own taxes on time?

Taxpayers shouldn’t trust politicians who talk tough on taxes, but can’t be bothered to pay their own taxes on time.