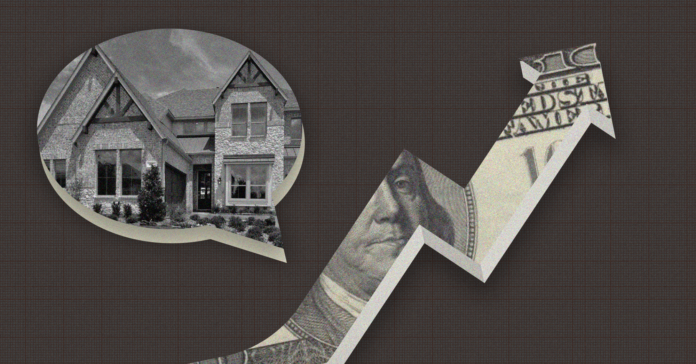 Despite the ongoing pandemic and its corresponding economic hardships, at least five Texas school districts and the city of Austin will have Voter Approved Tax Rate Elections on the November ballot. Property tax reform legislation that took effect on Jan. 1 of this year mandates that local taxing entities seek voter approval for any property tax hike above 3.5%.

The city of Austin is asking voters to approve a 29 cent property tax hike to fund expanded rail service, a downtown tunnel to separate rail from cars, expanded bus service and nine new park-and-ride facilities to encourage commuting on mass transit. Under the proposed tax rate, the average Austin property owner would see a $332 increase in their annual tax bill.

Arlington Independent School District is seeking a property tax hike of about 9 cents. The school district is asking for the extra money from taxpayers to boost teacher and staff salaries.

The Fort Worth school district has the biggest tax rate increase, 11 cents, on the November ballot. The proposed rate is 7 1/2% higher than last year’s tax rate and would amount to about a $100 increase for the owner of a $100,000 home. The district plans to allocate the increased money to raises.

Garland ISD’s tax election is quite unique. Per the requirements of the legislature’s property tax reform measure, the item will be listed on the ballot as a property tax increase, but it is really a tax decrease. If approved, property owners will see a 5 cent reduction in their tax rate. At the same time, state funding will increase.

“If voters approve the VATRE, homeowners will see a lower property tax rate in 2020-21 while our school district will benefit from an almost $42 million increase in funding annually,” said Board President Johnny Beach. “These funds would be used to provide competitive teacher salaries, expanded Pre-K offerings, additional academic and fine arts opportunities, and more.”

Northwest ISD in San Antonio is asking voters to approve a tax rate hike of about 4 cents. The extra money would pay for staff salaries, student programs and future construction and renovation projects needed to accommodate the district’s growing enrollment.

As one of the fastest-growing school districts in the state, Northwest ISD has enrolled more than 10,000 new students in the past 10 years, with today’s enrollment five times larger than it was 20 years ago,” stated information available on the district’s website. “With nearly 2,000 new home closings in the past year and 3,500 vacant, developed lots currently available within the school district’s boundaries, demographers project that the district will continue to grow at a fast rate. Enrollment projections show that Northwest ISD will likely enroll at least 5,000 new students in the next five years and more than 10,000 new students by the year 2030.”

Like Northwest ISD, Pearland is rolling back its property tax rate but expecting increased state funding.

“The board expects education funding in the State of Texas will significantly decrease due to the COVID-19 pandemic,” Board president Charles Gooden Jr. said. “With this in mind, the board proactively took the opportunity to adjust the district’s tax rate to simultaneously extract more funding from the state while lowering the burden for local taxpayers. Pearland ISD’s control of the tax rate in the past and tax rate compression enacted by HB3 have given rise to this very special opportunity.”

If approved by voters, Pearland ISD’s tax rate would shrink by 4 cents.