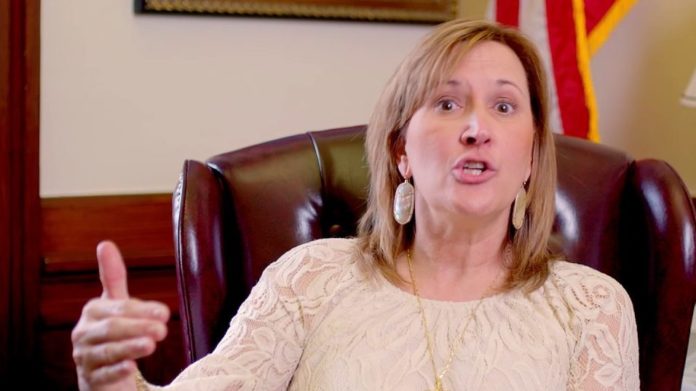 When we think of a conservative in American politics, we think lower taxes, economic prosperity and support for business, right? State Senator Konni Burton (R-Colleyville) considers herself a true conservative and claims to support flourishing businesses and job growth. In reality, Burton has repeatedly sought to raise taxes and stifle economic development in her home Tarrant County.

In less than four years representing the people of Senate District 10, Burton has consistently supported bills that would increase taxes for Texas families. She also shot down any bill that would help promote and grow businesses across Tarrant County.  In 2014, Burton supported a state sales tax, which would force Texans to pay the highest sales tax in the nation. Estimates showed a massive increase in the sales tax to between 20 25 percent, essentially destroying the first-time homebuyer sector across the state.

Burton has also opposed tax relief that would help Texas veterans find employment opportunities. She was the only legislator in the House or Senate to oppose HB 1463, which now gives senior citizens additional time before their property taxes are raised.

Burton is also an enabler of the broken school finance system, which every year shifts more of the tax burden onto local homeowners while the state pays less. As Republican Tarrant County Judge Glen Whitley pointed out in February, the Legislature “passed a budget they knew was dependent on a 14 percent increase in your local property tax.” This is the budget Burton calls the “gold standard” for conservatives.

On top of Burton’s total disregard for Tarrant County taxpayers, she repeatedly stands against job creation and economic development in her district. As State Senator, Burton has been in continuous opposition to the Fort Worth Chamber of Commerce’s  efforts. She’s earned the title of worst voting record of any member of the State Senate in 2017 from Texas Association of Business.

Burton opposed legislation allowing Texas cities to incentivize businesses like Amazon and Facebook to move to their region. Despite her opposition, Fort Worth landed a large new data center, which created hundreds of direct jobs and increased economic development in Tarrant County.

The real Konni Burton is hardly as advertised. She’s no friend of Tarrant County taxpayers or businesses, and she’s no conservative either.