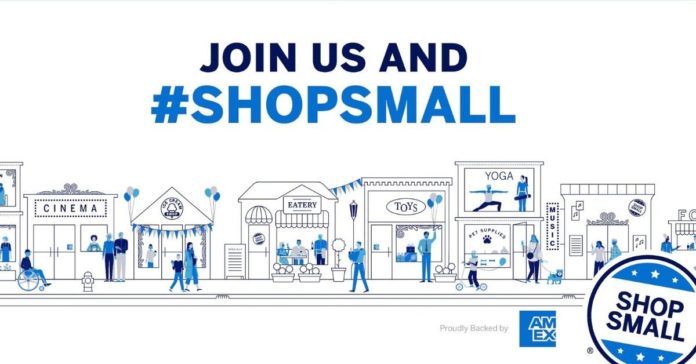 We hear it constantly in candidate stump speeches: Small businesses are the backbone of the economy. In Texas, an incredible number of entrepreneurs have parlayed an idea into an independent business. Small Business Saturday, happening Nov. 30, encourages holiday-season shoppers to support them, but it’s also important to do so year-round.

Dallas-based Joanne Bondy worked as a chef in fine-dining hotel restaurants for decades. She noticed that very few establishments were making what she calls real stock—with fresh, organic ingredients and simmered for 20-plus hours. Seeing a gap in the market, she started Stocks & Bondy in 2014, selling her homemade stocks and broths out of a storefront in the Dallas Farmers Market.

Bondy recognizes there’s a place for big business, but supporting the little guy is essential to the country’s make-up. “We’ve got to push hard for all these dreamers who have ideas and want to leave [a business] to their kids,” she says. “Where’s America going to be if we don’t have any new ideas?”

Oliver Saddle Shop, a custom saddle and riding accessories store that caters mostly to cowboys, started in 1917 in Vernon and has been in its current location in Amarillo since 1960. Richard Oliver, the founder’s grandson, says it’s one of the few storefronts left in the area doing this kind of work.

“We still shake hands and look people in the eye,” says Oliver. “That’s something that’s disappearing with Amazon and all that. People can know and trust and develop a relationship with a business in town.”

While the internet has dramatically changed the landscape of commerce, not all of it has been bad. Shara Konechney, who owns 10-20 Boutique and Piper in Lubbock selling clothes and accessories, says business has been great in recent years. “Social media, and particularly Instagram, really boosted our brick-and-mortar store, and our web [business] is developing too,” she says.

Supporting a small business doesn’t only have an impact on its profit margins—it has a ripple effect. “Small businesses help each other a lot,” says Bondy, who buys meat and bones from local farmers for her homemade stocks, creating capital for them too.

“We’re supporting four families out of this small business, and three others part-time,” says Oliver. Employees, in turn, spend money in their communities and contribute to the local economy. “The money stays here in Amarillo and that’s awfully good,” Oliver adds. Stores also provide training for people, especially young people, who may want to start their own venture someday.

Being an independent business owner comes with its fair share of headaches, and state and local government would do well to help. “A lot of large corporations get big tax breaks [from the city], but small businesses are unable to get that,” says Oliver. Money saved could be used for store maintenance, as well as hiring people to take care of endless admin.

“All the legalities, the taxes, all the stuff that you have to know now to be in a small business is unbelievable, a lot of people don’t realize that,” says Oliver.

Bondy says something needs to be done about the commercial real estate industry, which has driven prices up to an unaffordable level, squeezing small businesses. She also advises government to get to know them better. After she had been open for a year, the USDA told her she couldn’t sell her beef stock because it was over the maximum protein level. Bondy said they simply didn’t understand what her product was and didn’t take the time to learn about it.

Oliver and Konechney say that Amarillo and Lubbock, respectively, have overall been good at promoting small businesses, notably through “shop local” campaigns. But more can always be done.

“I think the Small Business Saturday movement has really benefited small businesses, it makes a huge difference,” Konechney says. She adds that more messaging year-round, instead of just during the holidays, would also be helpful. “We need it, small businesses are closing as fast as they’re opening,” she adds.

Brazos Bookstore in Houston, which opened in 1974, was on the verge of closing 12 years ago when the founding owner developed health issues. “These local business people, who’d shopped here for decades, said we can’t let this store close, it’s too important,” says operations manager Mark Haber. A small group of them bought the bookstore and it’s still serving the local community today.

Shoppers can help local stores too by choosing to spend their dollars there, this Nov. 30 for Small Business Saturday as well as throughout the New Year and beyond.