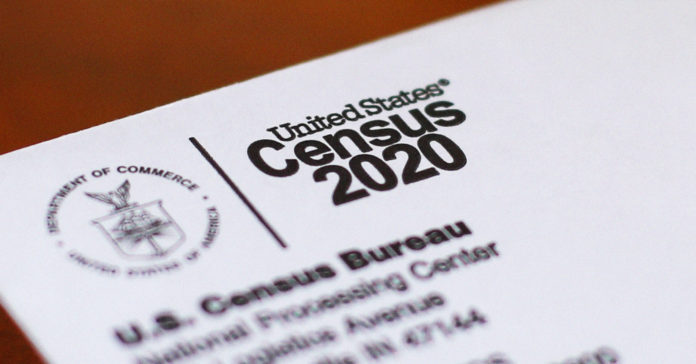 The urgency remains for Texans to fill out 2020 census forms as soon as possible. This is the advice of Lila Valencia, a senior demographer in the Texas Demographic Center.

Last week, a federal court order ruled that the census would continue until the previous end date of Oct. 31. The Justice Department filed an appeal to the order on Friday.

The National Urban League and other groups brought the lawsuit aimed at blocking the federal government from ending the count on Sept. 30.

Where is Texas’ Count?

Census data is gathered when individuals fill out the forms on their own and by census takers, known as enumerators, who reach out when households fail to self-respond.

“In order to get above the confusion around the actual deadline for the census, we continue to encourage everyone to self-respond as soon as possible by going online, calling the Census Bureau, or mailing their form,” said Valencia. “Further, we are encouraging folks to not wait for an enumerator to come to their door.”

The Census Bureau reported that 98.2 percent of Texas households had been contacted by enumerators by Saturday.

“This seems pretty high, but the Census Bureau is targeting a response rate of over 99 percent. It is possible that they will get there by September 30, 2020,” wrote Lloyd B. Potter, director of the Texas Demographic Center, in an email on Monday.

Potter is concerned that if the Trump administration is successful in convincing the courts to allow the census taking to end on Sept. 30, the Census Bureau will not have completed enumeration of all housing units and that some areas of the state will wind up with lower levels of enumeration completion than others.

“This has implications for apportionment in Texas,” he wrote. “We were forecasting Texas would receive 3 additional U.S. congressional seats. An undercount may result in fewer seats.”

While the state’s overall enumeration rate is 98.2%, there are specific parts of the state with much lower response rates. They include Fort Bend County, which stands at 87.5%, Montgomery County at 90.6%, Hidalgo/Cameron Counties at 94.5% and the Lubbock area at 93.6%.

The Laredo area census office, which covers most of South Texas, with the exception of the Rio Grande Valley, has a completed enumeration rate of 93.1%, according to Valencia. This area of the state includes counties with some of the lowest self-response rates, including Edwards County with a self-response rate of 14.5%.

“Finally, the census is the foundation for most of the demographic estimates and surveys that will be conducted over the coming 10 years. If the census base is off, it could result in all estimates for the decade being off as well,” Potter explained.

There is simply too much at stake in this year’s census to not do everything we can to ensure every Travis County resident is counted, said Travis County Census Program Manager John Lawler.

“An additional 31 days of counting will allow us to ensure we don’t end up with an undercount and potentially losing out on millions of dollars in funding and political representation,” Lawler said.

A series of simultaneous census events was held over the weekend in hopes of pushing responses even higher in Travis County’s hardest to count neighborhoods. Those events included free personal protective equipment resources, fresh food or ​gift cards for groceries, and census enumerators on site to help residents complete the census from their vehicles.

The census impacts $800 billion in funding for Medicaid and Medicare and the Children’s Health Insurance Program; school grants; food assistance programs; funding for highways and public transportation; crime victims assistance; treatment programs for substance abuse prevention and so much more.