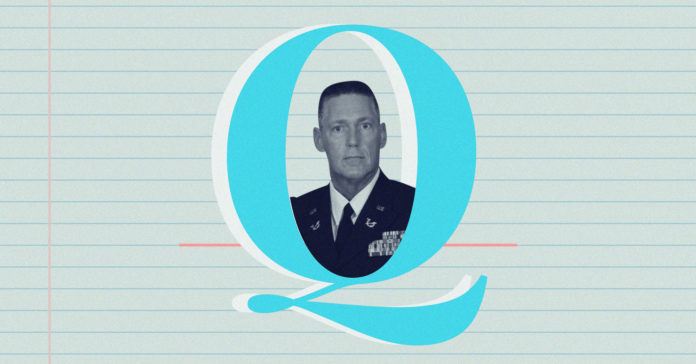 Moutos served as an assistant attorney general in the criminal prosecutions division of the AG’s office. His exit follows extensive reporting on his social media activity by Media Matters.

The AG’s office has not said if Moutos was fired or quit, but his Thursday night tweets appear to indicate he was let go.

“Speaking out against the #ChinaVirus #Plandemic & #Democrats using it to steal #Election2020 makes people angry,” he wrote. Stories slamming me & others in #Salon #MensHealth #AlterNet were enough to cost me my job,” he tweeted.

Speaking out against the #ChinaVirus #Plandemic & #Democrats using it to steal #Election2020 makes people angry. Stories slamming me & others in #Salon #MensHealth #AlterNet were enough to cost me my job. https://t.co/9djkytjxbjhttps://t.co/qBp9VpUbkehttps://t.co/DZw7hfi9iE

Moutos believes the country is in the middle of the second Civil War and has tweeted violent threats at people on his account, according to Media Matters, which has documented Moutos’ support for QAnon and its conspiracy theories.

For instance, in response to Twitter’s announcement that it would take action against the spread of QAnon on the platform, Moutos tweeted, “#Q must be getting close to #OutingYou as a #Pedophile or #ChildTrafficker or perhaps involved with #PizzaGate.”

Moutos ran as a Republican candidate for the 35th Texas Congressional seat. He lost in the primary.