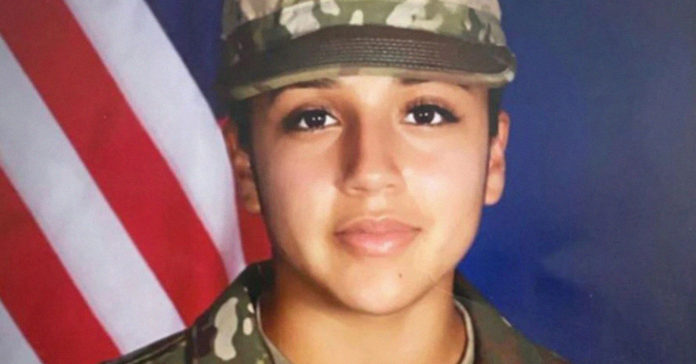 U.S. Rep.Sylvia Garcia (D-Houston) led the writing of a letter signed by 87 members of Congress in support of Rep. Jackie Speier and Sen. Kirsten Gillibrand’s request for a Department of Defense investigation into Fort Hood’s handling of Army Spc. Vanessa Guillen’s case.

“Before her disappearance and murder, Spc. Guillen confided in her family that she felt unsafe in Fort Hood due to experiences with sexual harassment, which she did not report out of fear for her personal safety,” reads the group’s letter. “The U.S. military has a responsibility to ensure the safety and well- being of the young women and men that take an oath to defend our country. In Spc. Guillen’s case, she was tragically failed by the Army.”

Human remains found near Leon River in Bell County, Texas were positively identified as Guillen on Sunday. The 20-year old Houston native was last seen at Fort Hood on April 22. One suspect has been apprehended by law enforcement and another other committed suicide when he was confronted.

“The United States military has a responsibility to ensure the safety and well-being of the young women and men that take an oath to defend our country. In Spc. Guillen’s case, the U.S. Army failed both Vanessa and her family,” said Garcia. “There are still many questions left unanswered surrounding her disappearance and about how Fort Hood conducted its investigations. Congress must act to guarantee this never happens again to another soldier.”

The entire letter of support for a DOD investigation can be read here.