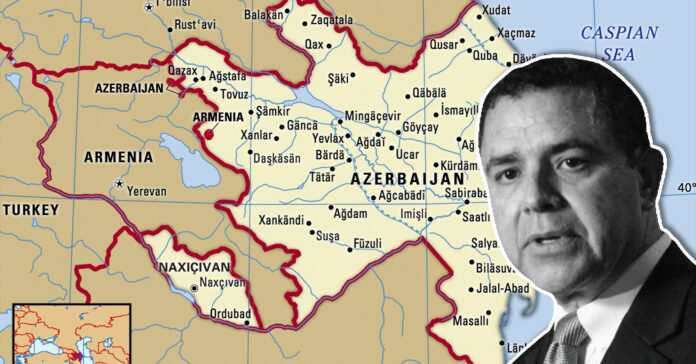 Last week, the FBI suddenly raided the home of nine-term Texas Congressman Henry Cuellar (D-Laredo), but it wasn’t exactly clear why law enforcement was targeting the conservative Democrat. Now, it’s looking like it may have something to do with the influence of oil companies in Azerbaijan.

ABC reported that sources inside the investigation revealed a probe that targeted several prominent Americans. It turns out that Cuellar has a long history with the company, including praising their oil industry on the floor of the House of Representatives.

“Here’s something Azeris have in common with Texans: they are a rich oil-producing nation,” Cuellar said in a speech in 2014. “As we do in Texas, Azeris have a long history with oil. Today, they supply the pipeline that moves Caspian oil to the west, via Turkey, without running the oil supply through Russia or Iran. That greatly increases the security of the pipeline.”

That speech came after trips to the country that has resulted in federal charges. Cuellar and his wife visited Azerbaijan and Turkey, where they met the head of the state oil company. The cost of the trip was picked up by the Houston-based Council of Americans and Eurasians, a non-profit dedicated to cultural exchanges.

Months later, the head of the Council, Kemal Oksuz, funded a second trip of congressional delegates. This one did not include Cuellar, who stayed behind and met with the Azeri ambassador in Washington D.C. It was this second trip that led Oksuz to being indicted. The funds for it had actually been illegally funneled funds from the state oil company. Oksuz then lied to the House Ethics committee, and ultimately pled guilty.

All the members of Congress who participated in the trips were cleared of wrongdoing, and the committee found that they had acted in good faith. Nonetheless, the taint of Oksuz continues to surround Cuellar. The fact that Oksuz has also contributed thousands of dollars to Cuellar’s campaigns does not help matters. Oksuz also worked with Cuellar on an exchange between Azeri educational institutions and Texas A&M.

In the years since the trip that landed Oksuz in trouble, Cuellar has continued to advocate for the state interests of Azerbaijan and their oil industry and maintains a very close relationship with powerful entities from the country.

Whether the FBI is investigating Cuellar himself for potential wrongdoing is currently unknown. What is clear from the previous criminal complaint against Oksuz is that the Azeris are interested in lobbying support from sitting members of Congress and don’t appear to be very picky about how legal their methods are.

Azerbaijan is an oil-rich former Soviet state that the U.S. has had a relationship with since the 1990s. With Russian looking increasingly eager to regain some of its lost holdings through military action, it’s conceivable that the country would be looking to strengthen its ties with the US through any means necessary.