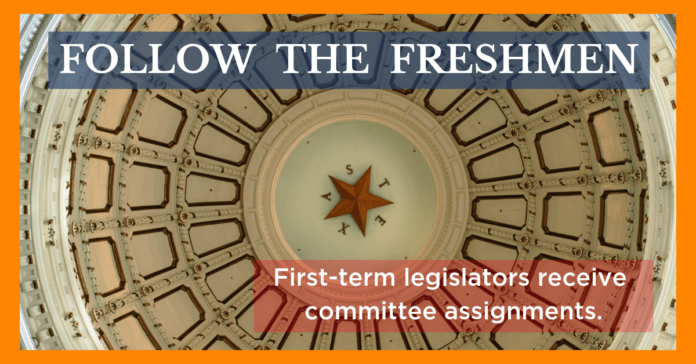 All freshmen legislators in the Senate sit on at least three committees and at most five committees.
Nearly all the freshmen in both the House and Senate are appointed as members of the committee and not leadership positions.
The exceptions include Senator Pat Fallon (R-Prosper), who was appointed vice-chair of Administration Committee, and Senator Angela Paxton (R-McKinney), who was appointed vice-chair of the newly created Property Tax Committee. In that position, she will oversee one of Governor Abbott’s emergency items this session, property tax reform.