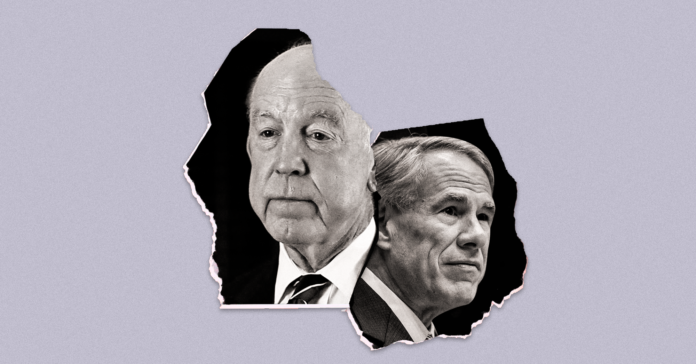 Ultra-conservative activist Steve Hotze was back in the headlines over the long holiday weekend. It started with the release of an audio recording in which Hotze can be heard urging a “shoot to kill” order to restore order during the protests that followed the death of George Floyd at the hands of Minneapolis police.

The recording, obtained by the Texas Tribune in response to a public information request, was a voicemail message left for Gov. Greg Abbott’s chief of staff.

On his Facebook page, Hotze wrote the following in response to the Tribune’s story: “It’s not about race but has everything to do with the future of America — the freest and most progressive country in the world. It’s about those who burn homes and businesses, including those owned by African-Americans, and attack law enforcement. Enough is enough.”

Abbott’s office has not commented on Hotze’s message, but U.S. Sen. John Cornyn, who has received political donations from Hotze, called it “absolutely disgusting and reprehensible” in a tweet. Similarly, the Texas Black Legislative Caucus called it “vile and reprehensible.”

“While the members of the TLBC have not been in agreement with much of what Hotze believes, advocates, or stands for, this kill ’em statement reflects an insane delusional mental state that has no place within the civil discourse on any issues, let along the issued of racial justice and police misconduct,” stated TLBC Chair Harold Dutton in a news release.

The new lawsuit is the latest in a string of legal challenges by Hotze that have included filings over the state’s stay-home order and contact tracing programs as well as cases filed against Harris County Judge Lina Hidalgo.