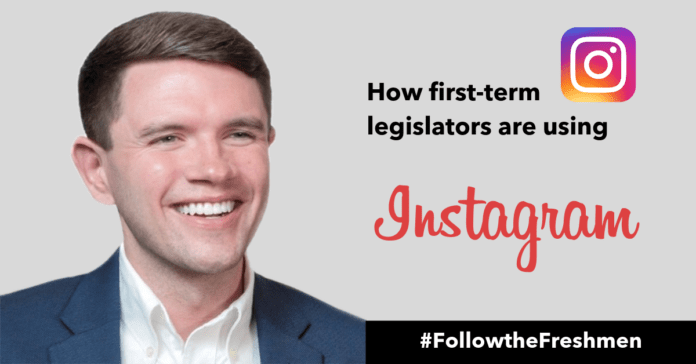 Ninth in an ongoing series
Over the past two weeks, Reform Austin has compared the social media use of freshmen Texas Legislators. This week we looked into Instagram use and engagement.
Instagram is a relatively new platform to politicians, but lawmakers have started utilizing it to use to communicate with  younger demographics. Some lawmakers are seizing the opportunity to engage with younger voters, some are ignoring it. 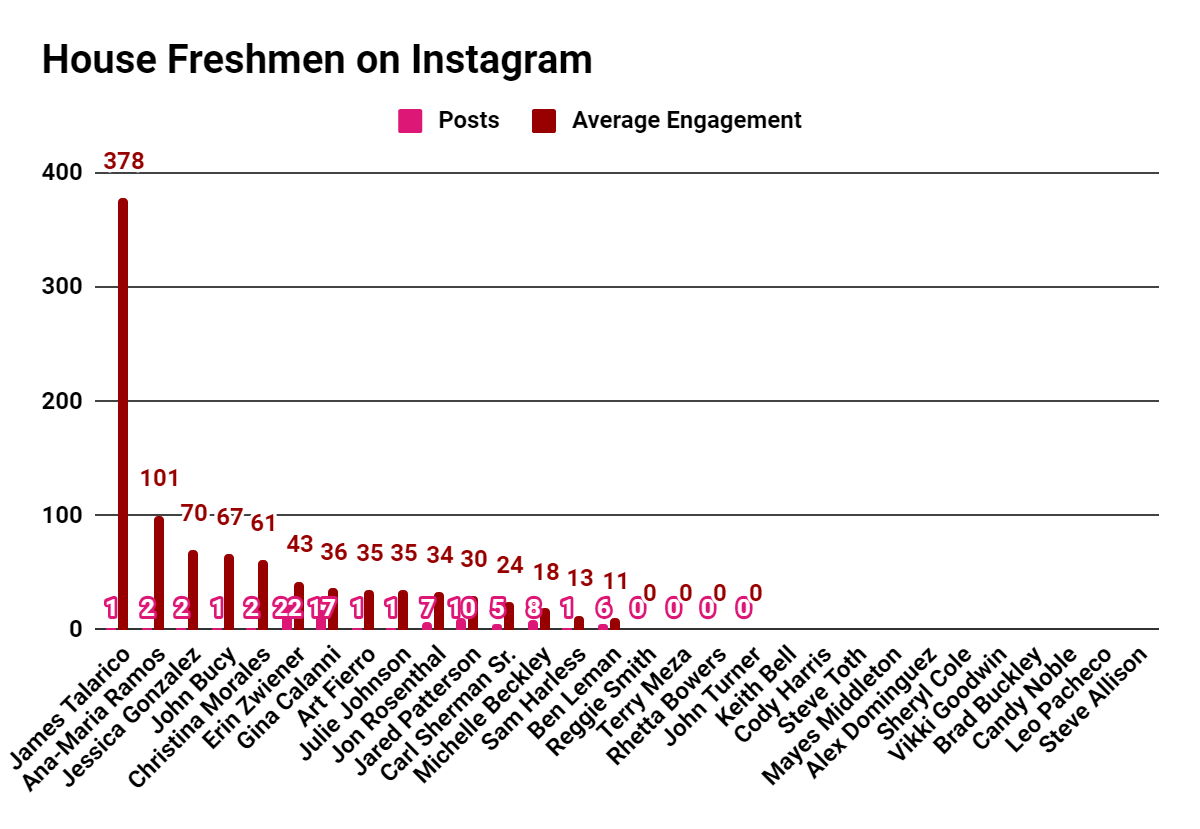 Half of freshmen legislators are either not active or do not have an Instagram account at all. A majority of legislators who actively use the platform are Democrats.
At No. 1 is (not surprisingly), State Representative James Talarico (D – Round Rock), who received 378 engagements in a single post. On other social media platforms, Rep. Talarico has continuously been behind Rep. Steve Toth (R – The Woodlands).  Rep. Talarico, 29, seems to have a better grasp of how to use Instagram than Rep. Toth, who is yet to set up an Instagram account.
Republicans overall activity on Instagram is dismal, explaining Rep. Jared Patterson’s (R – Frisco) rank at No.11, behind many Democrats. He averages about 30 engagements per post, posting 10 times.
Rep. Michelle Beckley (D – Carrollton), and Rep. Ben Leman (R – Anderson) rank lowest among active Democrat and Republican freshmen. Posting eight times, Rep. Beckley is No. 13 with each post receiving an average of 18 engagements. At No. 15 is Rep. Leman, who posted six times with an average of 11 engagements per post.
Rep. Reggie Smith (R – Sherman), Rep. Terry Meza (D – Irving), Rep. Rhetta Bowers (D – Garland), and Rep. John Turner (D – Turner) all rank No. 16 – 19 since they each have an Instagram, but are not actively posting. The rest of the House freshmen — from Rep. Keith Bell (R – Forney) to Rep. Steve Allison (R – San Antonio) — do not have an Instagram account at all. 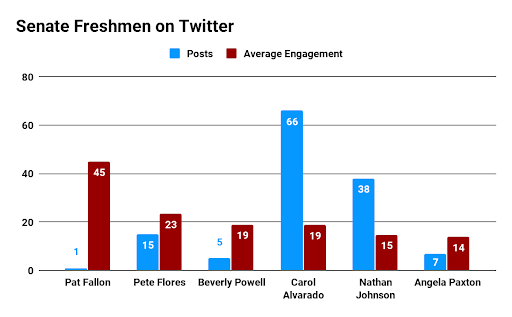 Sen. Carol Alvarado (D – Houston), is the only freshman Senator actively posting on Instagram, placing her at No. 1, with an average of 31 engagements per post. She has the second highest number of followers at 403, with Sen. Angela Paxton (R – McKinney) topping follower count at 443 followers. Though Paxton has a high following, she has rarely used the platform since she’s created her account. Sen. Pat Fallon (R – Prosper), was active for a short period of time in January and February, but has not posted since.
Reform Austin will continue tracking the social media of freshman legislator and will report on their social media growth the following week.