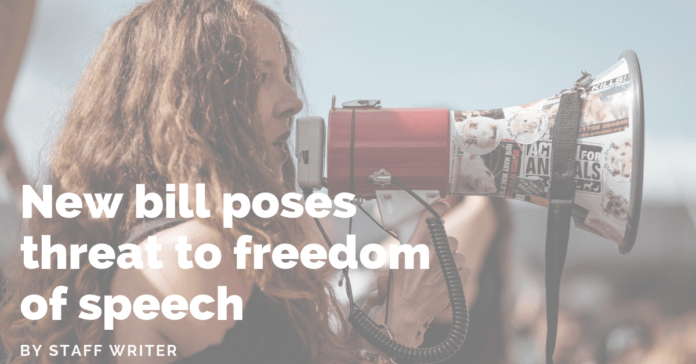 The Texas Citizens Participation Act established in 2011, also known as H.B. 2973, encourages public participation by citizens but also protects a person’s right to petition, free speech, and association from lawsuits arising from actions taken in accordance with those rights. The act, established to allow a citizen to counter a SLAPP (Strategic Lawsuits Against Public Participation) defamation lawsuits against them, thus essentially been deemed the “anti-SLAPP law.”
The act further enables a citizen to file a motion to dismiss, and allows for discovery proceedings to be stayed or postponed while your motion is being examined. If the motion to dismiss is granted, the court will award court costs, attorneys’ fees, and conceivably any punitive damages incurred against the party who filed the lawsuit. This protects citizens from being overwhelmed by the costs of a long and drawn out lawsuit brought on by the wealthy and large businesses.
Current legislation is underway that may pose a threat to the public’s right to freedom of speech under the anti-SLAPP law. This also includes prohibiting journalists and other media outlets from divulging misconducts and other offenses and not being able to hold public officials accountable for their actions.
H.B. 2730 by Rep. Jeff Leach, R-Plano, seeks to narrow the scope of the language in the current anti-SLAPP law in order to prevent the law from protecting people in frivolous matters. Leach has removed definitions for “exercise of free speech,” “exercise of right of petition,” “matter of public concern” and notes that only “constitutionally protected speech is protected.” By removing these definitions, this leaves it wide open for companies and individuals to sue individuals and journalists on the grounds that the alleged speech is not protected by the Constitution.
Given the broad sense of the aforementioned definitions, it is likely that the justice system will misappropriate these terms and therefore, not protect a citizen’s right to freedom of speech. The prior legislation calls for full transparency and for government officials to be held accountable. Leach’s newly revised bill will decrease trust in the American people and the judicial system. The constitutional rights of the public need to be preserved and this bill does not aim to do so.

Photo by Clem Onojeghuo on Unsplash