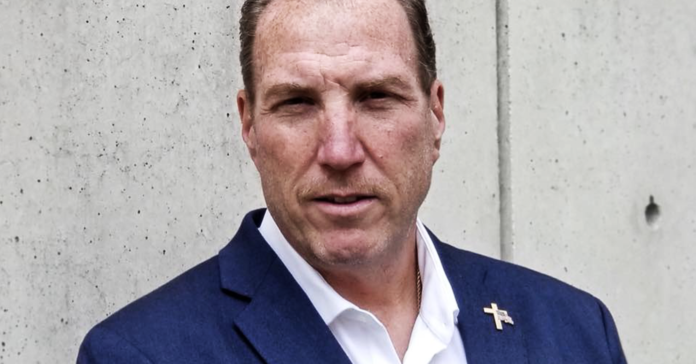 The chair-elect of the Harris County Republican Party has announced he will not be assuming office.

Keith Nielsen made his announcement on Facebook over the weekend.

“I have spent my entire adult life supporting conservative candidates and causes and I am grateful for the thousands of supporters who have reached out to me over the last several days,” he wrote on his Facebook timeline. “I regret that I must step aside as chairman-elect of the Harris County Republican Party and will not be taking office on Aug. 3rd. I will continue to stand up for the values that have made our country great … ‘Faith, family and freedom.’ Dr. King’s quote is as relevant today as when it was delivered. ‘Injustice anywhere is a threat to justice everywhere.’”

Last week, Nielsen posted a meme that included a Dr. Martin Luther King Jr. quote next to a banana, which is a common racial trope often used to equate African Americans with monkeys. Nielsen had said last week that the banana was meant to convey that everything is going bananas.

Nielsen’s post announcing he would be stepping aside was followed by comments of support.

“This is such an honorable thing to do and shows your true character,” wrote ‎Donna McDaniel Bahorich. “As hard as it was, you chose the high road. Thank you for your service to the party.”

State Sen. Paul Bettencourt (R- Houston) said, “the true measure of a person is what they do in the face of adversity. I respect Keith for his decision and thank him for his years of service to the HCRP.”

As of Friday, four other GOP county leaders had been identified for posting racist remarks and conspiracy theories about the protests over the death of Houston native George Floyd by Minneapolis police officers.

In addition, Texas Agriculture Commissioner Sid Miller suggested on his Facebook page that the protests were being funded by Jewish billionaire George Soros, which is often considered an anti-Semitic trope. Miller’s post included the following text: “Start the race war.”

By Saturday, the Texas Tribune had identified another six Republican officials around the state who had done the same thing.

Although they had called for the original batch to resign, Gov. Greg Abbott, Lt. Gov. Dan Patrick and the other state GOP leaders have remained silent about Miller and the new group identified by the Tribune.