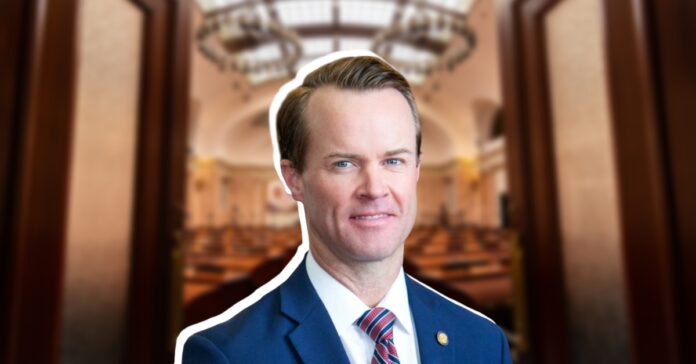 Republican Texas House Speaker Dade Phelan was re-elected by his colleagues on the first day of the 88th Texas Legislative session Tuesday afternoon, receiving bipartisan support from Democrats and most Republicans in the chamber.

“It is a privilege to again serve as speaker of the Texas House this session — thank you to my colleagues for the honor. The work we do over the next 139 days will be hard and demanding, but I know that we will get it done together,” Phelan tweeted.

And unlike the long drawn out week-long floor fight in the U.S. House, the vote was never in doubt. Phelan, the representative from Beaumont, was reelected by a nearly unanimous vote of 145-3. His lone opposition was from right-wing challenger Rep. Tony Tinderholt of Arlington.

Tinderholt and his conservative allies called for new leadership because they claimed Phelan was too friendly to Democrats, as evidenced by his decision to continue to name some Democrats to committee chair positions.

But the Texas House has a tradition that allows members of the minority party to chair some committees. However, some like Tinderholt and others in the GOP want to end that. They attempted to cast themselves as rogue MAGA supporters determined to recreate the chaos of House Republicans of last week and sought to gain similar concessions from Phelan if elected.

“Last week, America witnessed the four most transparent days in the halls of Congress in modern history,” said Rep. Bryan Slaton, R-Royse City, in a speech nominating Tinderholt. “That only happened because conservatives were unwilling to rubber stamp the establishment leader with a history of working with Democrats to stop conservative policy.”

But, ultimately, they failed miserably, and as his fourth term starts, Phelan has no plans to change how he will fulfill the office of speaker and seeks to continue to carve out his own political identity.

In 2021, during his first session as speaker, Phelan battled with House Democrats and powerful Republicans, namely Gov. Greg Abbott and Lt. Gov. Dan Patrick. And more recently he has been in a Twitter war with former President Donald Trump over Trump’s endorsements of weak MAGA candidates such as Hershel Walker.

“For the newcomers here, words of caution — please do not confuse this body with the one in Washington, DC. After watching Congress attempt to function last week, I cannot imagine why some want Texas to be like D.C.,” Phelan said after being sworn in on Tuesday.

Phelan said he would push bills that have the support of a majority of House members while also ensuring that Democrats would have a meaningful voice. He added that he feels that it is important to preserve the Texas House traditions.

“Our rules keep the game fair, but they do not dictate the outcome,” Phelan said. “We will have divisions — every session does — but that division does not have to define us.”

Although Phelan received all Democratic votes Tuesday, they haven’t always been happy with his approach, as they felt he bullied them to get his way during the drafting of the election security bill. Ultimately that led them to walk out of the Capitol to prohibit the House from reaching a quorum before fleeing to Washington for several weeks.

And one of the ringleaders of the walkout, Rep. Trey Martinez Fischer of San Antonio, was elected as the new leader of House Democrats this session, which will likely mean that Democrats plan to be more aggressive from their minority party position.

The new legislative session that began Tuesday will end on May 29, and the body meets every two years, in odd-numbered years. The regular session has lasted for 140 days consistently since the 1960s, not counting the possible additional special sessions called for by Abbott.

So far lawmakers have already filed more than 1,600 bills, while State senators and representatives can continue to file bills until the March 10 deadline.