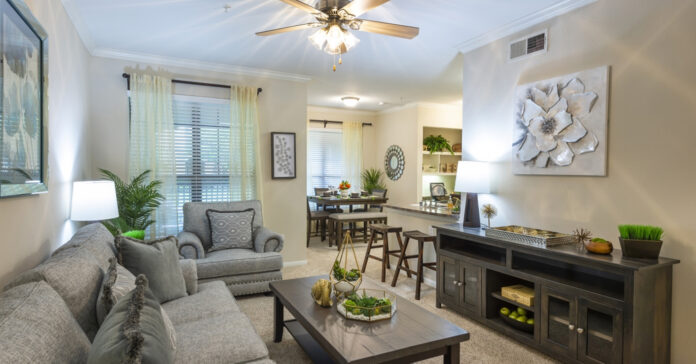 The latest report on how much it costs to live in modest, affordable housing in the United States has come out from the National Low Income Housing Coalition, and it is grim reading. In Texas, particularly in the metro areas, a person would need to work three full-time jobs at the federal minimum wage to afford a house. The situation is dire.

“You’re dealing with the incredible damaging combination of the threat of homelessness and instability,” says Texas Housers senior researcher Ben Martin, who contributed to the annual Out of Reach report. “The problem isn’t getting better.”

The report highlights that the COVID-19 pandemic greatly increased the problem of affordable housing, particularly for people of color. As of late March 2021, nearly 14 million, renter households with annual incomes below $50,000 had lost employment income during the pandemic. The losses were starker among Blacks (49 percent) and Latinx (58 percent) compared to whites (39 percent). Declining wages have led to households spending more on rent and less on other necessities such as gas and food.

Out of Reach defines affordable housing as modest and safe accommodations where the rent is 30 percent of income. Nationwide, a person would need to make $20.40 per hour to afford an average one-bedroom apartment, nearly three times the federal minimum wage.

For the overall state of Texas, the picture is more or less the same, though it varies by county. The average two-bedroom apartment rent is $1,143 a month, meaning for it to be affordable a person working minimum wage would need to work around 120 hours a week at three separate jobs. That is obviously not sustainable.

The problem grows worse in the metro areas. The most expensive place to live is in the Austin-Round Rock area. A two-bedroom apartment costs $1,434, meaning a worker would have to earn at least $27.58 an hour to afford to live there. It would require almost four full-time jobs at the federal minimum wage.

This is particularly galling considering the war against the homeless that has been waged by Governor Greg Abbott. The homeless population in the Austin area has so annoyed the governor that he pushed a bill that would ban homeless encampments.