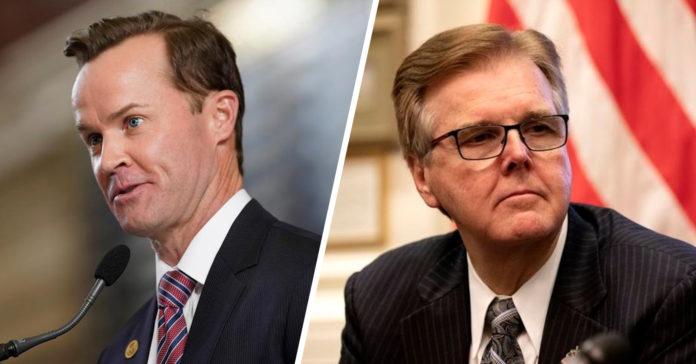 Voters are demanding change to the state’s electrical grid after the catastrophic failures during Winter Storm Uri, and lawmakers are promising change. Unfortunately, it looks like the Texas House and Senate are not really on the same page when it comes to the legislation moving forward.

The Senate just passed Senate Bill 3 with a unanimous vote on Tuesday. Filed by Sen. Charles Schwertner (R-Georgetown), the bill includes many of the popular reforms of the electrical infrastructure. The Electric Reliability Council of Texas (ERCOT) will be mandated to inspect power generators for weather emergency preparedness and can levy administrative fines to generators who fail to meet preparedness goals. During the storm, many generators were found to be inadequately winterized even after recommendations that they do following a similar freeze in 2011. Unfortunately, ERCOT at the time had only the power to advise, not mandate. Senate Bill 3 would change that.

“There were a multitude of failures,” Schwertner said from the Senate floor Monday. “And we’re fixing the problems.”

Now the bill goes to the House, where things are a little more muddled. The House has its own bill, but it does not include the winterization language. In fact, it seems to intentionally be skirting the issue of actually making power generators do anything.

House Bill 14, authored by State Rep. Craig Goldman (R- Fort Worth) initially required gas generators to prepare their systems for hard freezes. The loss of natural gas during the winter storm was a major factor in both the failure of the electrical grid and the inability of Texans to heat their homes.

The latest version of the bill is much more watered down. It instead creates yet another committee, the Texas Electricity Supply Chain Mapping Committee, which would study the problems in the grid. Once again, its findings would merely be suggestions, and would not carry the weight of administrative penalty. More troubling, the results of the committee’s report aren’t due until January 2022, which would leave little time for generators to follow the recommended fixes even if they were inclined to before the next possible freeze. The House also seems far less willing to take on the gas companies than the Senate.

“Electric generators are committed to doing whatever it takes to make sure that we can produce power in a wide spectrum of situations,” Michelle Richmond, Texas Competitive Power Advocates (TCPA) executive director told KERA. “But without a secure and reliable natural gas infrastructure that’s taken the commensurate actions including weatherization, it really doesn’t matter what the electric system components do.”

On the other hand, there are areas where the Texas House is ahead of the Senate. Senate Bill 3, for example, provides no funding for power generators to winterize their equipment. This could be a major impediment to actual change, especially if the administrative penalties cost less than refurbishments. Texas power generators may decide that paying a fine is more profitable than paying for costly infrastructure updates. Several bills in the Texas House have been put forth that include various funding mechanisms, but a solid plan for how the state is to pay for preparedness has not really been settled upon by Speaker Dade Phelan.

With SB 3 having an extraordinary level of support, it’s likely that the House will have an uphill battle against any frictions between the ultimate grid bill. Governor Greg Abbott and Lt. Gov. Dan Patrick have both been very vocal about wanting legislative action soon, but as it stands right now the two chambers are working on very different visions of what a law would look like. Despite the rapid movement, it may yet be a while before a comprehensive plan moves forward.