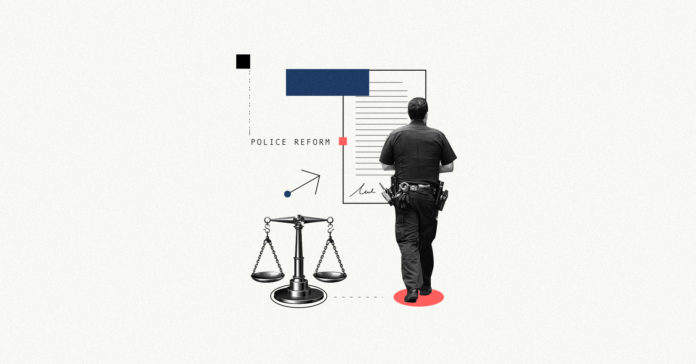 State Rep. Garnet Coleman (D-Houston) is encouraging Texas cities to put in place as many police reforms as possible right now. Coleman, who sponsored the Sandra Bland Act on jail reform in 2017, has a whole list of reforms he will be championing when the legislature convenes in January, but he sees getting work done locally as important to the overall strategy following the death of George Floyd and the protests that followed in Texas and across the nation.

“We are going to look at what cities do because they can move much faster,” Coleman said.

The wait for the legislative session to begin is one reason he went directly to the Texas Commission on Law Enforcement to get implicit bias training in place for police immediately. He will work to codify that into law next year, but he didn’t want to wait until then for the training, which teaches officers about their unconscious attitudes and stereotypes, to get underway.

Another key reform Coleman wants in place is a ban on pretextual stops where motorists are pulled over without probable cause.

“That’s a very important policy because that’s how people will do a fishing expedition,” he said. “You can get rid of jail for Class C Misdemeanors, but if you don’t get rid of pretext stops, we haven’t done the full thing.”

Coleman is a member of the Texas Legislative Black Caucus, which recently met with Gov. Greg Abbott on the issue of police reform as well as the Legislative Study Group, which is a bigger caucus. Coleman chairs the House County Affairs Committee. He sees cooperation within the various legislative groups as important.

“So, from that perspective, I know we need to move forward, but I think we should go as a group,” he said.

Although Coleman said he will do what he wants regardless, he wants Abbott to recognize that the Texas Legislative Black Caucus is an institution that must be included in whatever he is doing, a sentiment that was echoed in caucus chair Harold Dutton’s (D-Houston) request for the meeting with Abbott.

Since Floyd’s death, Abbott has been vocal about the need for reforms. Coleman attributes that more to politics than anything else.

“I’m not confident that the point of view of people who now say they understand my pain as a black man — I’m not confident that they’ll be still thinking that way. That’s why I know they are not going to say something and if they do want to say something, they want to get out in front of us so they can drive the agenda, cause that’s what people do and that’s what I do,” said Coleman.

Abbott has not detailed any specifics about reforms he would like to see put in place. He did meet with Floyd’s family last week and said afterward that family members would be part of the discussions.

Several Texas cities have put in place orders banning chokeholds and requiring officers to say something if they see colleagues abusing their power. Criminal justice advocates, including the ACLU of Texas, Texas Appleseed  and Organize Texas, have complained that most of the policies announced at the local level, so far, are restatements of existing policy.

The Texas Legislative Black Caucus is planning a series of virtual town halls to gather citizen input. The first appears to be scheduled for 7-8:30 p.m. Tuesday. You can register here.