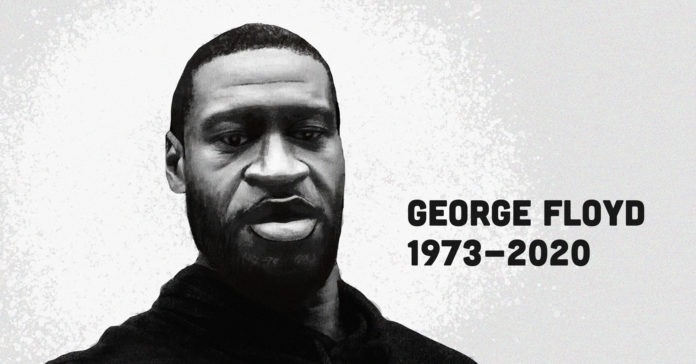 The 19 members of the Texas Legislative Black Caucus laid out the key provisions of the proposed George Floyd Act during a news conference Thursday over Zoom. The caucus members intend to introduce the bill during the 2021 legislative session. The bill is named for the former Houston resident who died in Minneapolis police custody this year and whose death has sparked months of protests against police brutality.

Sponsored by State Rep. Senfronia Thompson (D-Houston) and State Sen. Royce West (D-Dallas), the bill is a comprehensive police reform law that in many ways goes further than the bill proposed at the federal level by  U.S. Rep. Sheila Jackson Lee (D-Houston). The George Floyd Foundation worked with the TLBC on the creation of the bill.

“It means so much to us as Black people,” said Floyd’s younger brother Rodney, who was present at the conference. “This act contains many things that are overdue, way overdue.”

The concept of qualified immunity is firmly in the crosshairs of the bill. Qualified immunity was introduced by the Supreme Court during the Civil Rights era to shield law enforcement from lawsuits resulting from their actions in the line of duty. Since then, it’s been criticized as a method of protecting officers who use deadly force in any circumstances.

The bill would allow victims of police brutality to sue their perpetrators and would create a new state level action for those who have been wronged by law enforcement. Victims would be able to seek compensation and redress, and officers would face liability for their actions.

New rules about the standards of officers’ protocols are also a part of the George Floyd Act. These are duties to identify so that officers must make themselves known to the people they interact with, duties to render aid to people in distress even if the injury is caused by an officer, and a duty to intervene if police brutality is present. The bill pushes hard against the defense that an officer did not know the actions of their peers constituted a civil rights violation.

“The blue shield must come down,” said State Rep. Nicole Collier (D-Fort Worth).

Another aspect is removing the mandate that officers must arrest someone if a crime is being committed. This will give officers more leeway in how they react to incidents.

Provisions against deadly force are a significant part of the bill. The TLBC brought up not only the numerous examples of deadly force when no imminent danger was present — such as when the handcuffed Floyd was knelt on until he died — but also the firing into crowds of protesters, some of whom have been badly injured or permanently disabled by police using less-than-lethal weapons like rubber bullets. The George Floyd Act would mandate that de-escalation and negotiation must accompany any use of force, that force should only be authorized during an immediate mortal threat, and that the force must end once the threat has passed.

The act looks to end instances in which people can be arrested for minor traffic infractions. The most famous of these in Texas is Sandra Bland, who died in the Waller County jail after being arrested for failing to signal a lane change. The issue has long been a crusade of State Rep. Garnet Coleman (D-Dallas), who spoke on its inclusion in the bill.

“Officers who escalate put both the person and the officer at risk,” he said.

Other highlights of the bill include prohibiting arrests for fine-only level offenses as well as requiring corroboration for undercover officer testimony. The latter is particularly relevant as George Floyd had previously served time thanks to the testimony of former Houston police officer Gerald Goines, who has since been accused of falsifying claims he witnessed drug deals.

Looming large over the bill are two factors. The first is potential pushback from the Texas law enforcement community and its powerful unions. The bill would pave the way for a disciplinary matrix to be standardized in the state, hopefully overruling the common blockades caused by organized police labor over dismissing officers who commit offenses. The TLBC has vowed to have law enforcement at the table for setting up this matrix.

The other is the position of the Republican members of the Texas legislature and Gov. Greg Abbott. Abbott mentioned hope for a George Floyd Act when he attended the memorial service for Floyd in June. West recently spoke to Abbott in Dallas, and the governor reconfirmed his desire for police reform.

There are some areas where the Texas version of the bill falls short of the nationally proposed one. For instance, the Texas version does not mandate body cams for officers or address no-knock warrants and SWAT raids. These are planned to be incorporated in subsequent police reform bills to be introduced later. There is also no provision for limiting military grade weaponry being given to departments as that is a federal matter the state has no power over.

The George Floyd Act is a massive push for police reform. As calls to defund police departments continue, it remains to be seen whether the bill can be passed, to what degree police departments are willing to change, and whether protesters will be satisfied.

“George Floyd has opened the doors to the conscience of people all around the world,” said TLBC chair Harold Dutton. “When we talked about it before, some people didn’t get the message. We stand on better ground than we ever have before.”

Thousands More Texans Unemployed as Congress is Arguing About Benefits